Gluten intolerance and wheat intolerance are different conditions but obviously cross over with one another, which is where the confusion often comes in. Additionally, the symptoms experienced, although highly individual, can be very similar such as bloating, cramps, diarrhoea, constipation, fatigue, sometimes headaches and a general sense of malaise.

To complicate it further there are two types of gluten intolerance: coeliac and non-coeliac . And the two are completely different in how they manifest and their potential overall impact on health.

How Do You Know What You Have

If you experience negative symptoms after eating gluten-containing foods, it is a pretty safe bet that you have some kind of disease, allergy, or sensitivity to gluten. Unfortunately, identifying the exact condition you have may not be quite so simple. The first step in diagnosing your problem is to have your doctor run a blood test which may be followed by other diagnostic tests. While running these tests, you need to continue consuming gluten-containing foods it is only after you have a diagnosis that you should switch to a gluten free diet.

A blood test cannot confirm a diagnosis of celiac disease, but it can reveal the presence of immunoglobulin E antibodies which would suggest some kind of autoimmune or allergic reaction to gluten. If your blood test comes back positive for IgE antibodies, your doctor may recommend an endoscopy to check the small intestine for damage damage to the lining of the small intestine would confirm a diagnosis of celiac disease while a lack of damage would suggest wheat allergy, non-celiac gluten sensitivity, or gluten intolerance. To confirm a wheat allergy, your doctor may want to perform a RAST or skin prick test.

Odds are, someone you know has gone gluten-free. Perhaps theyre trying to drop some pounds, or simply believe its healthier for them. Or, maybe they suspect they have a gluten-related medical problem, since theyve linked eating it to uncomfortable or distressing symptoms like nausea, fatigue or even joint pain.

Its possible, of course. Millions of people have disorders, such as celiac disease or gluten sensitivity, involving negative reactions triggered by gluten intake. Plenty of others have a wheat allergy, a potentially life-threatening immune response thats often confused with gluten-related illnesses.

But, while these serious medical issues demand the avoidance of certain foods, avoiding gluten isnt necessary for many people. Theres no proof that it helps you lose weight, for example and cutting it out of your diet unnecessarily may trigger a different set of health issues.

So, what is gluten, and how do you know if you have a serious problem with it? Whats the difference between conditions linked to gluten and wheat? And when is it a good idea to keep gluten as part of your diet?

What Else Should I Know

If allergy testing shows that your child has a wheat allergy, the doctor will give you guidelines on keeping your child safe. Your child must completely avoid products made with wheat. Although most allergic reactions to wheat happen after eating a wheat product, sometimes people can react to raw wheat that they breathe in .

Natural food stores and the health food section in grocery stores usually have safe alternatives, including wheat-free breads, crackers, and breakfast cereals. Also, look for substitute flours made from potato, rice, wheat, barley, oats, and corn. For information on foods to avoid, check sites such as the Food Allergy Research and Education network .

Always read food labels to see if a food contains wheat. Manufacturers of foods sold in the United States must state whether foods contain any of the top eight most common allergens, including wheat. The label should list “wheat” in the ingredient list or say “Contains wheat” after the list.

Some foods look OK from the ingredient list, but while being made they can come in contact with wheat. This is called cross-contamination. Look for advisory statements such as “May contain wheat,” “Processed in a facility that also processes wheat,” or “Manufactured on equipment also used for wheat.” Not all companies label for cross-contamination, so if in doubt, call or email the company to be sure.

Other things to keep in mind: 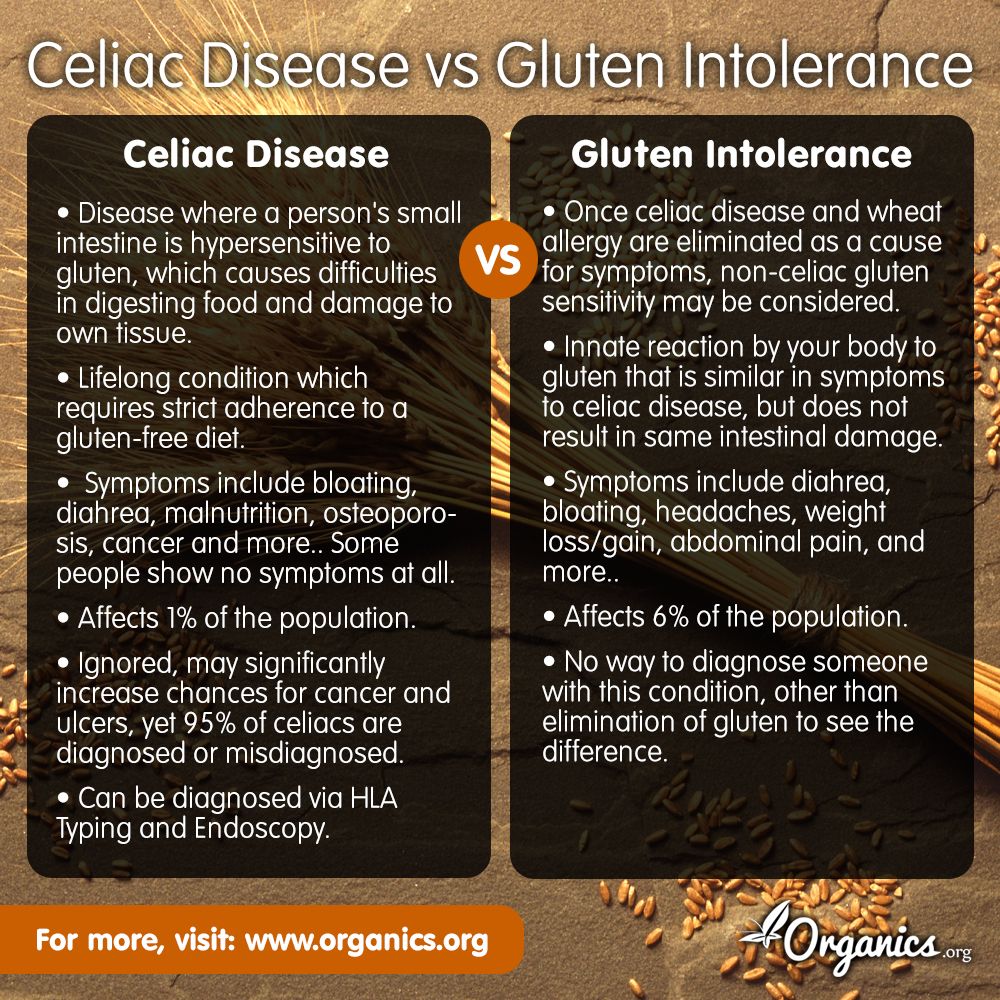 Wheat allergies are one of the nine more common causes of food allergies, along with eggs, soy, tree nuts, peanuts, fish, shellfish, sesame, and milk. Unfortunately, avoiding wheat is difficult if you eat packaged foods. Items you might not suspect, including baking powder, beer, sauces, hydrolyzed vegetable protein, salad dressings, and more contain wheat. Even non-food items can contain enough wheat to cause a reaction if youre very sensitive. So, you have to be well-educated about wheat allergies and what to stay away from or avoid packaged foods entirely.

Fortunately, its gotten easier to avoid wheat. Federal law now requires all packaged foods in the United States must list wheat on the ingredient list if any is in the product. Even though you can eat whole grains that are free of wheat if you have a wheat allergy, some whole grains are cross-contaminated with wheat, so it may be easier and safer to go completely gluten-free.

Testing For Wheat And Gluten Intolerance

Will There Ever Be A Drug For Celiac Disease

Unfortunately, 83 percent of people with celiac disease are undiagnosed or misdiagnosed. Thats largely because signs and symptoms can vary widely. These fall into two categories, called GI and extra-GI, says Mukherjee.

It can be tough getting a diagnosis. If a physician doesnt suspect celiac, it can be years before a patient is diagnosed, she says.

These symptoms, along with a personal history of autoimmune disorders or a family history of celiac or autoimmune disorders, should tip off your physician that celiac may be a possibility, and you should be tested, she says. Testing is done through a tissue transglutaminase IgA antibody and IgA antibody test. Stay on a regular diet while having the test done, because cutting gluten before testing can give you a false result.

If youre diagnosed with celiac, the only treatment available right now is a strict gluten-free diet, which will allow your small intestine to heal, relieving symptoms and preventing nutritional deficiencies that can arise from problems absorbing food when you have the disease.

Nov. 23, 2016 — When Kathy Pothier began eating gluten-free in 2012, some friends thought it was an inconvenience. So Pothier — determined to see if the diet could relieve her painful arthritis symptoms, stiff neck, and headaches — took her own food when she visited for dinner.

Because the 47-year-old landscaper from Amesbury, MA, doesn’t have celiac disease or wheat allergy, her friends dismissed her diet as the latest fad. But Pothier says that going gluten-free gave her relief from her pain. “When I stopped , it all went away within 3 months,” she says.

Emerging research is suggesting that some people without a diagnosis of either celiac disease or wheat allergy may indeed be wheat-sensitive — and the gluten may not be whatâs causing their problems. They may have bloating, pain, gas, and diarrhea that are hallmark symptoms of celiac disease. Or they may also have headaches and inflammatory symptoms like Pothierâs.

âI think there is now enough data to say that there are people out there who do have symptoms that are related to either wheat or gluten who are not celiac and not classic wheat allergy,” says Joseph Murray, MD, a professor of medicine and gastroenterology at Mayo Clinic, Rochester, MN.

Since then, he says, study after study has found evidence that non-celiac gluten sensitivity may, indeed, be real.

A wheat allergy occurs when your body responds to a component of wheat as if it were a harmful substance. If you have a wheat allergy, an immune response similar to that which would normally fight off infections is mounted after exposure to wheat.

Like most food allergies, a wheat allergy involves immunoglobulin E , an immune protein made by your body. This protein triggers a rapid immune reaction that causes the symptoms that are commonly associated with allergies.

When You Are Eating Out

Prevalence Of Other Diseases

However, its important to note that many researchers say gluten sensitivity is a precursor to autoimmune disease, and Dr. OBryan makes a clear argument for this in his groundbreaking book. This means both disorders, if left unmanaged, put you at higher risk for accumulating additional autoimmune diseases.

What A Doctor Can Do 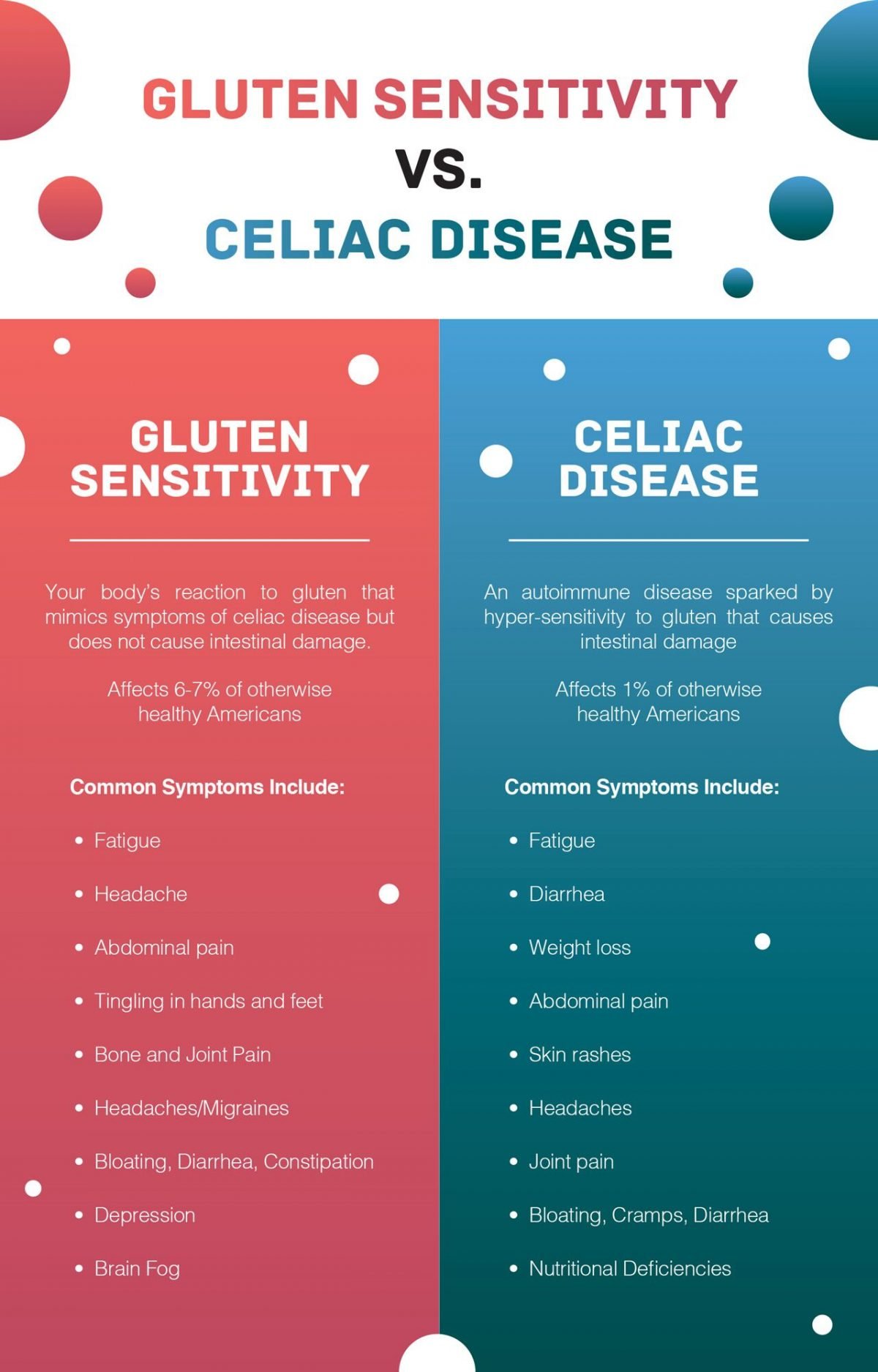 If youre experiencing unusual symptoms and believe you might have CD, GS, a wheat allergy or another digestive condition, reach out to your healthcare provider . Your doctor can help pinpoint what ails you, refer you to the appropriate specialists and begin treatment to alleviate your symptoms. Avoid self-diagnosing your condition or eliminating gluten from your diet before your appointment, which could influence your test results, leading to a misdiagnosis and slower recovery.

And if your tests results reveal that you do not have a digestive issue related to wheat or gluten intake but youre still cutting them out of your diet to slim down or for some other perceived health benefit, you may want to reconsider. While some people may find it impels them to choose healthier foods in general, theres no real evidence that eliminating gluten will help you drop pounds or improve your overall wellbeing. Whats more, if youre not careful, eliminating gluten could deprive you of valuable nutrients especially fiber, but also iron and calcium. Many gluten-free foods are also loaded with added sugar, too much of which is unhealthy in itself.

In the end, the gluten decision is best left to you and your doctor and with a little knowledge, you can make the right choice for your health.

Wheat intolerance and gluten intolerance are sometimes used as interchangeable terms but it is important to realise that this is incorrect. Avoiding wheat products gives a different and more expansive diet plan than those people required to avoid consuming gluten in the diet.

Wheat intolerance also known as, wheat sensitivity, occurs in adults and requires the exclusion of wheat to tolerance but would not usually require the complete removal of Wheat from the diet.

Although there are some people who are highly sensitive to wheat, so much so, that they show a cross reaction to related cereals, such as, oats, rye and barley. These people would need to follow a Coeliac diet which would mean the complete exclusion of gluten.

Someone Must Be Eating Gluten For Tests To Be Accurate

Basic screening for celiac disease includes a serum TTG IgA and total serum IgA. Total serum IgA needs to be done to rule out IgA deficiency which occurs in about 10% of celiac patients. If IgA deficiency is present, the TTG IgG must be used but is less accurate. Further testing may be needed in those situations.

Some labs include a DGP-IGA and EMA in their celiac screen/panel or do these tests as a reflex. The confirmatory test is an endoscopic biopsy. The biopsy is indicated if tests are positive and are required for diagnosis.

Of note, many celiac centers and practitioners follow a more extensive evaluation process involving screening antibodies, genetic testing, clinical response to a gluten-free diet, and endoscopy. These protocols and other testing algorithms are beyond the scope of this article.

Recommended Reading: Is There Gluten In Michelob Ultra