What Does Gluten Intolerance Look & Feel Like? | Intermittent Fasting for Todays Aging Community

They may seem like the same thing, but gluten intolerance and celiac disease are two separate issues.

Experts estimate that 6 percent of people in the United States are intolerant to gluten, but only 1 percent has celiac, making non-celiac gluten intolerance six times more common.

Celiac disease is an autoimmune condition where the body mistakes gluten for a threat .

After gluten exposure, people with celiac disease have an inflammatory response that can damage the small intestine. This damage makes it difficult for the body to absorb nutrients.

If left untreated, celiac disease can cause malnutrition and weight loss.

During celiac disease, the immune system makes antibodies that can be measured in the bloodstream. There are also specific genes related to celiac disease, unlike in gluten intolerance.

In non-celiac gluten intolerance or gluten sensitivity contact with gluten leads to unpleasant symptoms. These can include:

The most frequently reported intestinal symptoms of non-celiac gluten intolerance are bloating, gas, stomach pain, and diarrhea. Other common symptoms include feeling tired, anxious, or having a headache.

Symptoms can last for days after eating gluten, making a gluten sensitivity difficult to diagnose.

Many of the symptoms match those experienced with celiac, minus the genetic factors and antibody response.

Over 18 million Americans have some form of gluten intolerance. Unfortunately, many people dont even realize theyre sensitive to gluten-containing foods. While going gluten-free may help in many ways, people often go years without ever realizing they are sensitive to gluten. Even though some people are diagnosed within 10 years, many people with the condition will never be diagnosed.

And thats a shame when you consider how far-reaching the symptoms are. Some people go to all sorts of lengths to treat the mental and physical symptoms of gluten intolerance, but they never really figure out that gluten is at the root of their problems.

Are you one of them?

Signs And Symptoms Of Gluten Intolerance 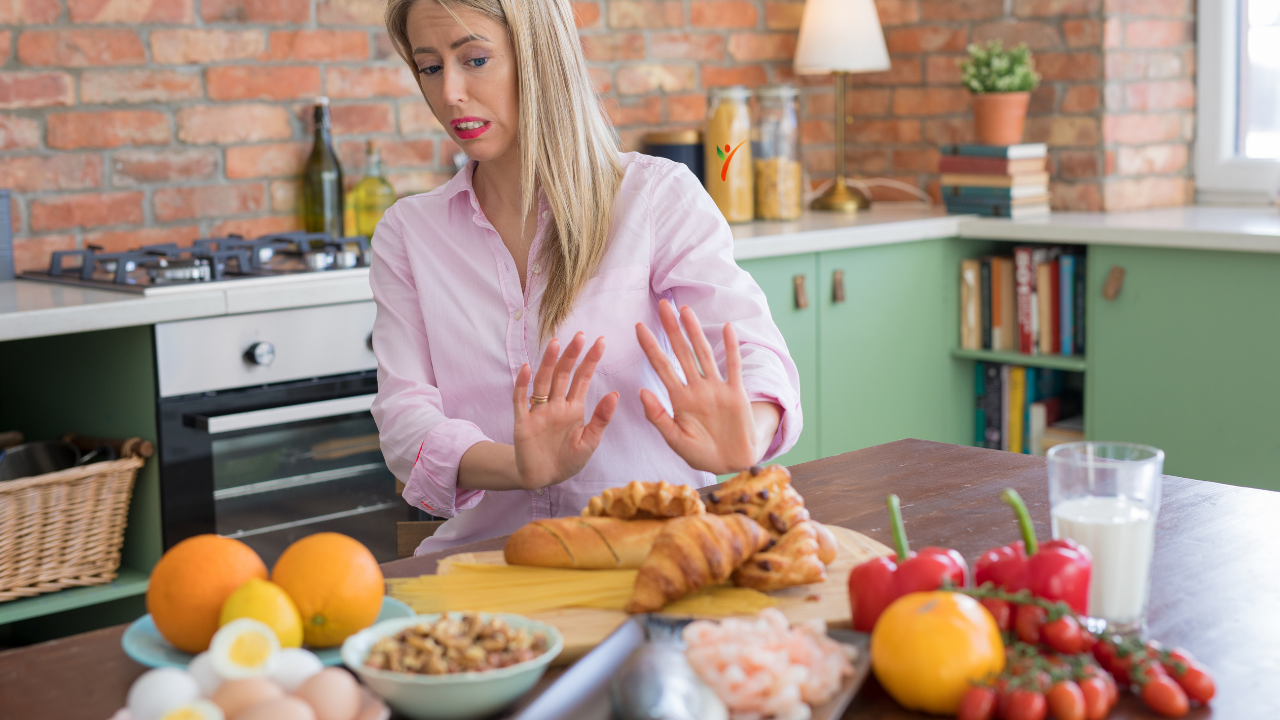 There is a huge fad component to the gluten-free movement.

However, many people genuinely cannot tolerate it, even if they dont have celiac disease.

The problem is they dont realise this, and then live with digestive symptoms as though its normal.

This article looks at the most common signs and symptoms of gluten intolerance.

If you have Celiacs disease or are gluten sensitive, you may experience a wide range of symptoms after eating food with gluten in it. These symptoms can include:

If youve rarely had these symptoms after eating in the past, and this is your first time asking, what does it feel like to get glutened? youre likely not affected by Celiacs or gluten sensitivity. If you are, however, your comfort and overall health depends upon your ability to stay away from foods with gluten.

You may also enjoy: So You Found Out You Have Celiac Disease

How to Prevent Gluten Attacks

Preventing the effects of gluten on your body is done simply by avoiding gluten in your diet, but that doesnt make it easy. Gluten is everywhere, and avoiding delicious foods like pizza, breads, and other items with wheat, barley, and oats can seem difficult. Even products that dont seem like they should have gluten sometimes do because of heavy processing.

Preventing attacks means getting good at reading labels and recognizing which foods are safe to eat. Your diet should consist of:

You may also enjoy: Recovering From Gluten Contamination

Once you become accustomed to what your body can and cant handle, living with Celiacs or gluten sensitivity can be easy. By sticking with foods you know to be safe, you can enjoy meals at home and at restaurants.

If you are experiencing symptoms when eating foods that contain wheat, barley, rye or oats and think you may have a sensitivity to gluten, its important to first rule out coeliac disease.

We do not recommend trying a gluten free diet as a first option if you are experiencing symptoms because this could prevent a coeliac disease test from giving you an accurate result.

Check if your symptoms are related to coeliac disease by taking our online assessment. If the results are positive, you can take them to your GP to ask for further testing for coeliac disease. Its essential to keep eating gluten for the tests to work.

If you get a negative test result for coeliac disease and other causes of your symptoms have been ruled out, you might wish to discuss the possibility of non coeliac gluten sensitivity with your healthcare team.

If you need to follow a gluten free diet, we can help you get the hang of it. We help everyone who needs to live gluten free live happier, healthier lives. Find out more.

You should see your doctor if you have any of the symptoms above when you eat foods containing gluten. This can be a sign of gluten intolerance or another serious problem like celiac disease or wheat allergy.

If you work with a doctor or registered dietician nutritionist to remove gluten from your diet but you still have symptoms or your symptoms get worse, you might have a condition other than gluten intolerance. If this happens, you should talk to your doctor or RDN, because you might need to change your diet or have additional testing done.

What Does Gluten Intolerance Do To Your Stomach

Signs and Symptoms of Gluten Intolerance

Gluten causes celiac disease, which causes the small intestine lining to be destroyed. This limits the amount of surface area available for consuming nearly all nutrients. Gluten intolerance can wreak havoc on your digestive system, but it wont harm your stomach, intestines, or other organs permanently.

You May Like: Are Ice Cream Cakes Gluten Free

What Is The Difference Between The Conditions

Coeliac disease is a well defined, serious illness where the bodys immune system attacks itself when gluten is eaten. This causes damage to the lining of the gut and means that the body cannot properly absorb nutrients from food.

Coeliac disease is not a food allergy or intolerance, it is an autoimmune disease.

Wheat allergy is a reaction to proteins found in wheat, triggered by the immune system and usually occurs within seconds or minutes of eating.

Non coeliac gluten sensitivity is when symptoms similar to coeliac disease are experienced, but it is not clear how the immune system might be involved because no antibodies are produced, and there does not appear to be damage to the gut lining.

Involuntary weight loss is one of the primary symptoms of celiac disease, because when your intestines are damaged you aren’t properly absorbing the food you eat, says Megan Patrick, M.D., a family medicine physician at UCHealth.

While NCGS doesn’t damage a person’s intestines, it can still lead to eating less due to associating so many foods with pain, which in turn can cause weight loss, says De Latour. 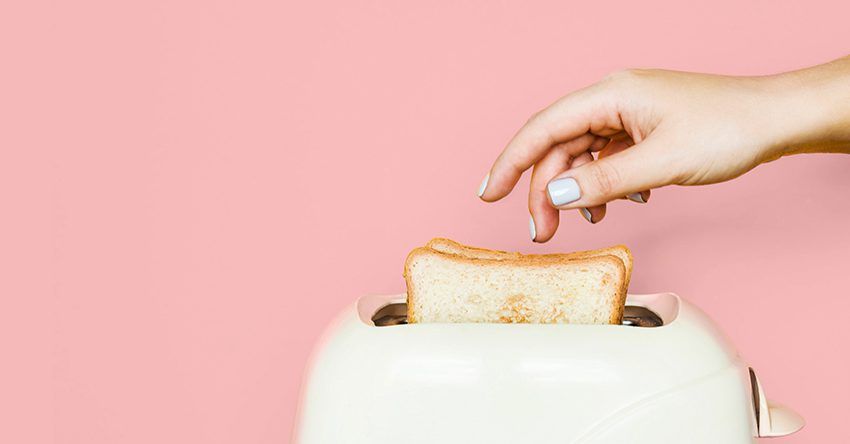 Celiac disease is an inherited autoimmune disease. People who have it produce certain antibodies when they eat gluten. Those antibodies destroy villi, which are finger-like projections in the small intestine that assist with nutrient absorption. Symptoms of celiac disease include diarrhea, bloating, iron-deficiency anemia, fatigue, migraines, infertility, miscarriages, stunted growth in kids, weight loss, brain fog and depression.

Those with celiac disease must strictly avoid all gluten to live symptom-free. Celiac is not technically a food allergy, but its often referred to as such to emphasize how important it is for those with the disease to steer clear of gluten.

How To Avoid Exposure To Gluten

Depending on your level of gluten sensitivity, avoiding gluten can be tough.

Aside from the obvious offenders like wheat bread and pasta traces of gluten may sneak in while youre preparing food or through non-food products.

Potential sources of cross-contamination include:

Since these items can be hard to clean thoroughly, some people with severe gluten intolerance need to use separate kitchen equipment from others in their household.

Aside from food, gluten may also be hidden in products you may not expect such as lipstick, medications, vitamins, and toothpaste.

Contact the company that produces the item to ask about their manufacturing processes when in doubt. You should be able to find a phone number or email address to get in touch with a company representative by looking on the business website.

If youre highly sensitive to gluten, do your research to make sure youre not getting exposed by sharing kitchen equipment or through non-food items.

I Finally Got Answers

When I finally tested my food intolerances I discovered to my surprise that I was having immune response to many different foods. These included dairy, gluten, salmon and a number of others. I learnt that they were contributing to my fatigue, brain fog and skin rashes.

I can now happily share that my fatigue, brain fog and skin rashes are no more. I cant believe how clear my brain feels and how consistent my energy is – finally! And I keep looking in the mirror at my smooth skin, something I always longed for.

How does gluten rash look like? How to manage it naturally? – Dr. Sahana Ramesh Tambat

How Long After Eating Gluten Do You Feel Sick

Because when you dont feel well, you want relief.

If youre bloated, nauseated or just doubled over in pain like I was, you just want to know: was it something I ate?

How long after eating you feel sick from gluten depends on a few things.

In this short article, Ill break down:

Signs Of Gluten Intolerance In Kids