Putting It All Together: Making Gluten

Science: What is Gluten? Here’s How to See and Feel Gluten

As previously stated, gluten is not a single protein. It is a long, molecular structure or mesh formed by two seed storage proteins, gliadin, and glutenin that are connected by disulfide bridges, created by way of mechanical stress in an aqueous environment. In other words, when gliadin and glutenin combine with water, a three-dimensional gluten mesh structure is formed. In the gluten mesh, gliadin gives the dough plasticity and elasticity, while glutenin provides strength and structure.

Due to the formation of these intermolecular bonds, the mesh traps starch granules and carbon dioxide that is produced during the leavening process, causing the dough to rise. It is the gluten-mesh-trap that givens the final product a doughy, airy, and highly desired texture. These are the properties that make gluten products so appealing in the food industry. In fact, the characteristics that gluten imparts on baked goods are so desirable bakers will even add additional gluten protein to their recipes. Perhaps you have seen a recipe that called for a tablespoon or two of an ingredient called vital wheat gluten.

Ultimately, the gluten mass is comprised of 80-85% protein from the insoluble gliadin and glutenin, 5% lipid, while the remainder is starch and non-starchy carbohydrate.

The Effects Of Going Gluten

In cases of gluten intolerance, doctors typically recommend a gluten-free diet. Patients must avoid eating any foods and ingredients that contains gluten, including bread, beer, French fries, pasta, salad dressing, soy sauce and even some soups . According to the U.S. Food and Drug Administration, food products must contain less than 20 ppm of gluten in order to be labeled gluten-free.

In recent years, many people without gluten intolerance have taken up gluten-free diets. In fact, according to the Mayo Clinic, 80 percent of people on gluten-free diets do not have a celiac disease diagnosis. Experts worry, however, that going on these diets without explicitly needing to could be detrimental to a person’s health, as gluten-free foods are often nutrient-deficient. Dr. Refaat Hegazi, medical director for Abbott’s Adult Nutrition, says that going gluten-free can affect the body in many ways.

First, it can affect weight loss. Food restrictions associated with a gluten-free lifestyle can help some lose weight, especially when starches are replaced by healthier options, like quinoa, which doesn’t contain gluten. “But it can also backfire consumption of too much “healthier” gluten-free food can cause weight gain,” said Hegazi. Food manufacturers often include additional fat or sugar to make gluten-free products tastier, increasing the product’s calorie count and sometimes deceiving those using the diet to control their waistline.

What Is Gluten An In

Gluten is a family of proteins that is responsible for the elasticity of dough. While many are familiar with popular gluten-containing foods such as bread and pasta, the exact composition of gluten and how it works arent usually as well known. Read below to find out what gluten really is.

According to a 2013 survey over 30% of the American population is actively trying to remove or limit gluten in their diet. However, only 1 out of 100 people have celiac disease.

As popular as the gluten free diet has become many people still dont truly understand what gluten is or why they should avoid it.

In this article, well be covering the topic of gluten in-depth to help you learn what it is, where it comes from, and how it affects different people.

Where Can You Buy Vital Wheat Gluten

Vital wheat gluten lasts for several years when packaged up, and stays fresh up to six months once opened. So if you’re making big batches of seitan, feel free to buy in bulk, but if you’re just adding a spoonful to occasional baking recipes, it’s better to get a smaller bag. Vital wheat gluten can be found in the baking aisle of some well-stocked health food stores and it can also be purchased online. These are some popular and highly-rated online options: 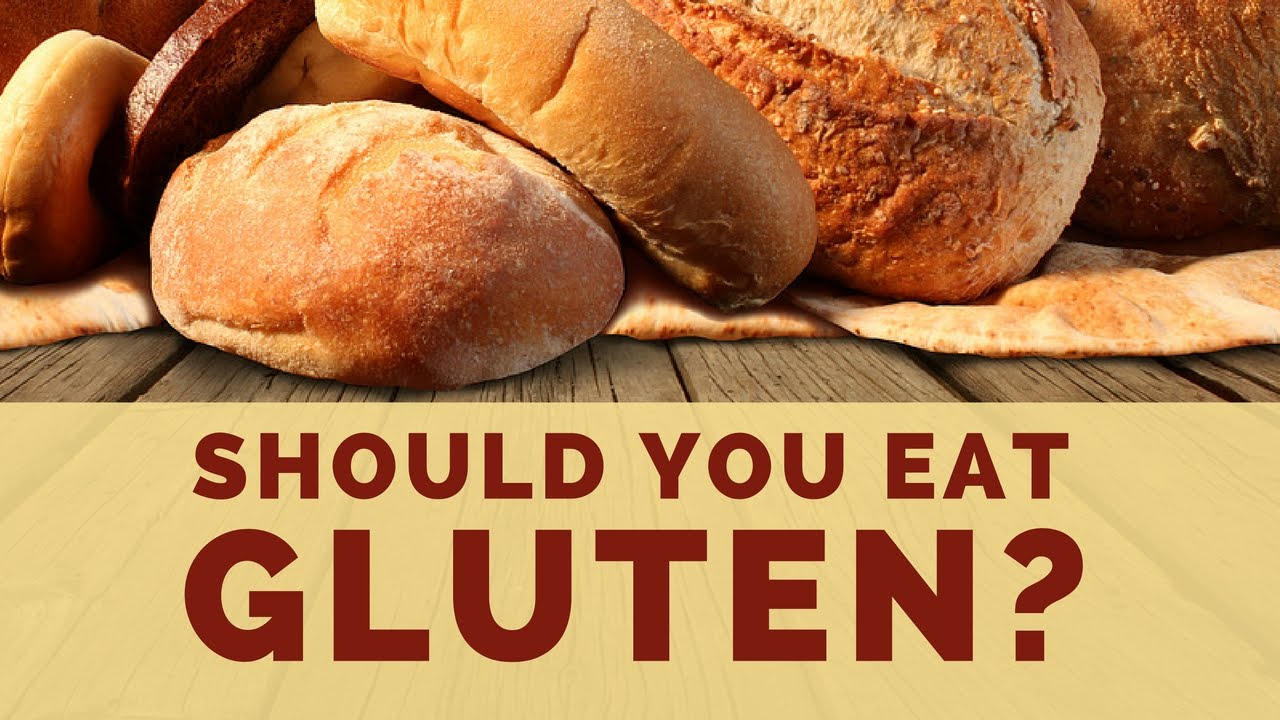 what is gluten made of Gluten-Free Made

what is gluten made of

Also Check: How To Test If Gluten Intolerant

The Amount Of Gluten Formation

When gluten bonds are formed, the protein then can form elastic films in the dough, which provides structure and helps to trap gases, assisting in leavening of products. When heated, the gluten proteins coagulate , and a semi-rigid structure forms providing texture to various wheat-based products.

Foods That May Contain Gluten

These foods must be verified by reading the label or checking with the manufacturer/kitchen staff.

Also Check: Does Red Wine Have Gluten In It

Four distinct parts comprise a whole grain: the hull, bran, endosperm, and germ. Each of these parts contributes to the overall nutritive value of whole grains:

Hull: The hull is the outer layer of a whole grain that protects the kernel from fungus and various granivorous pests.

Bran: The bran is the outer skin of the grain. It contains fiber, antioxidants, B vitamins, and trace minerals.

Endosperm: The endosperm is the energy supply to the germ or the germinating part of the seed. As much as 85% of the grains protein comes from the endosperm.

Germ: The germ is the embryo of the seed. It forms a sprout if pollinated, and contains B vitamins, and phytonutrients.

While all grains contain these four distinct parts, several different types of proteins make up the total protein content of various grains or cereals.

The Adaptive Immune Response To Gluten

ALL ABOUT GLUTEN | what is gluten?, why does gluten matter in baking?

Gluten contains several T-cell epitopes with different immunogenic capacity . Some of them are immunodominant and activate CD4+ T-cells from most HLA-DQ2.5+ patients, such as the 6 overlapping immunogenic epitopes of the 33mer peptide from -gliadin . The generation of T-cell epitopes relies on the resistance of gluten to digestive enzymes due to its high proline and glutamine content, the deamination by TG2, and its binding affinity for HLA molecules . TG2 converts glutamine residues into glutamic acid in QXP sequences , hence increasing its binding affinity for HLA-DQ molecules and stabilizing, therefore, the HLA-peptide complex . The binding ability of HLA molecules for different peptides depends on the positions of negatively charged residues in the peptide binding groove, HLA-DQ2.5 has preference for P4, P6 and P7 whereas HLA-DQ8 hast it for P1 and/or P9 .

Both gluten-specific and TG2-specific B-cells may have a role too as APC for gluten-reactive CD4+ T-cells, leading to the amplification of the immune response to gluten and the inflammatory environment requested for TG2 activation . A link has been suggested between gluten peptide deamination, antigen presentation by TG2-reactive B-cells and the activation of gluten-specific T cells, which in turn may activate gluten-reactive B cells. Nevertheless, it is not yet known whether antigen presentation by B-cells is similar to the role performed by pro-inflammatory DC expressing HLA-DQ molecules .

Flours Containing The Most Gluten

All-purpose flour is formulated to have a medium gluten content of around 12 percent or so. This makes it a good middle-of-the-road flour that can be used for a whole range of baking.

What Is Gluten Definition Foods And Side Effects

The introduction of these products took what was once an extraordinarily difficult diet to follow and made it much simpler and considerably more accessible for the many people who need it.

This article reviews everything you need to know about gluten, including what it is, which foods contain it, and how it may affect those with gluten intolerance.

Many different prolamins fall under the gluten umbrella, but they can be further classified based on the specific grains in which theyre found.

For instance, glutenins and gliadins are the prolamins in wheat, secalins are in rye, and hordeins are in barley .

Gluten offers a variety of functional culinary benefits and is responsible for the soft, chewy texture that is characteristic of many gluten-containing, grain-based foods .

When heated, gluten proteins form an elastic network that can stretch and trap gas, allowing for optimal leavening or rising and maintenance of moisture in breads, pasta, and other similar products .

Because of these unique physical properties, gluten is also frequently used as an additive to improve texture and promote moisture retention in a variety of processed foods. Plant proteins are divided into four different groups according to solubility: Albumins, Globulins, Prolamins, and Glutelins:

Albumin and Globulin: Water-soluble albumin and saline-soluble globulin are metabolic proteins that are considered to have a perceived secondary role in flour quality, but have nutritionally better amino acid profiles compared to the rest of the proteins in grains.

Albumins and Globulins are rich in essential amino acids including lysine, tryptophan, arginine, and methionine. Albumins and globulins serve as nutrient reserves for the germinating embryo and protect the embryo from insects and pathogens.

Prolamin and Glutelin: Alcohol-soluble Prolamin and Insoluble Glutelin are biologically considered the storage proteins or defense proteins of the grain. They are carbohydrate-binding proteins, which are commonly referred to as either lectins or agglutinins.

Lectins and agglutinins are widely considered pathogenesis-related proteins and are the evolutionary defense mechanisms of the grain. Storage proteins have large proportions of glutamic acid and proline and have low amounts of lysine, arginine, threonine, and tryptophan.

What Is Gluten Anyway

Gluten is a stretchy, springy network of protein molecules that gives ramen noodles bounce, pizza crusts a chewy texture, and bread its interior structure. Gluten formation is often summed up in a simple formulaFlour + Water + Mixing = Glutenbut in truth, its slightly more complex: Gluten forms when the flour of certain grains is mixed with water in a certain way.

In order to fully understand gluten, it helps to have a little background on flour. All flours are milled from grains*, which are actually seeds composed of three distinct, edible parts. The bran is the grains protective, fibrous outer skin the germ is the seeds embryo, or the part that would sprout into a new plant and the endosperm is the germs delicious, starchy food supply. If you feel like nerding out, you can get an in-depth explanation of grain anatomy in our guide to whole grains, but the important thing to know here is that the endosperm of certain grainsnamely wheat, barley, and ryecontains a pair of proteins called glutenin and gliadin, which are the building blocks of gluten.

Flours that contain glutenin and gliadin are said to be “glutenous” or have “gluten potential.” Flours that dont contain that pair of proteinsthink rice flour, corn flour, buckwheat flour, and so forthget labeled gluten-free.

*This doesnt include ground products that are labeled flour, such as coconut flour, almond flour, and the like.

What Is Sour Cream Made Of

Sour cream is made of cultured cream and milk, and enzymes. Some brands may also add additional ingredients, like whey, modified corn starch, guar gum, carrageenan, and preservatives.