What Can I Substitute

When making a recipe that calls for soy sauce, there are some great gluten-free substitutes.

While you can buy gluten-free soy sauce, Im going to go out on a limb and say that one of the other alternatives may end up being your favorite substitute to get that umami flavor in your cooking!

Check out the options below for excellent soy sauce substitutions.

Tamari style soy sauce is traditionally made without wheat.

Although this truly is a soy sauce, there are a few differences between tamari and normal soy sauce. The major difference being the absence of wheat.

Traditionally, tamari is also commonly used in Japan and Japanese foods/dishes since its a byproduct of miso paste. Because of this tamari is sometimes also widely known as miso-darmari.

Although many countries do use soy sauce, youre bound to find tamari in Japanese cuisine and restaurants as opposed to other Asian ones.

Now in terms of taste, tamari has a more balanced and less salty taste than of soy sauce which typically has a harsh bite.

Other than that, these two types of soy sauces are almost identical minus the absence of gluten.

Okay so with that being said, lets jump straight into the listing of gluten free soy sauces.

What Is Soy Sauce Made Out Of

There are four basic ingredients used in making soy sauce: wheat, soybeans, salt, and fermenting agent . This is done by first soaking the soybeans in water and then roasting the wheat. After that, the soybeans and the wheat are mixed in a culturing mold and are left there to be cultured for up to a week.

After this, salt and water are added to the mixture and then placed in a fermentation tank. The new mixture is left there for eight months or more than a year. When it is done, the mixture is squeezed using a cloth and then the liquid is bottled.

Depending on the brand and variety, you would see variations in your soy sauce. Japan is producing more varieties of soy sauce than anywhere in the world. The soy sauce they produce includes dark soy sauce, light soy sauce, tamari, shiro, and saishikomi.

Which Is Better Soy Sauce Tamari Or Coconut Aminos 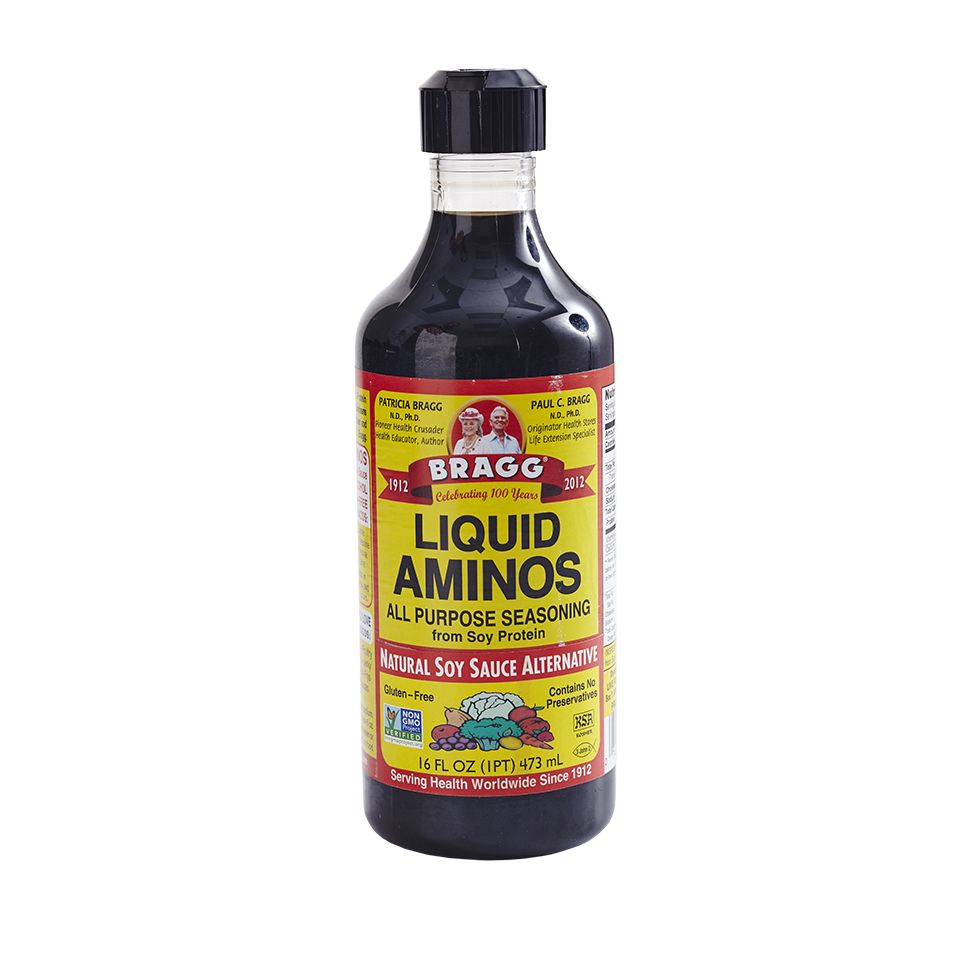 Of course, the answer to this is highly individual and nuanced. As a celiac, I simply cant eat soy sauce anymore, so thats off the table for me. But if you dont have a problem with gluten and youd like to enjoy soy sauce, Id recommend always purchasing organic soy sauce. Soybeans are one of the top GMO and pesticide-laden crops, so its worth spending the extra money on organic.

I enjoy both organic tamari and coconut aminos and switch things up based on what Im eating. Because I avoid soy in almost all other capacities , Im fine splurging on organic tamari when enjoying sushi once or twice a month. I personally love the stronger flavor.

But coconut aminos are nothing to brush under the rug either and I use them frequently in sauces, marinades or other recipes that may already include savory ingredients and salt. Additionally, if youre paleo or following an AIP or Whole30 diet or avoiding soy for a variety of reasons, coconut aminos will be your preferred choice.

This Japanese sauce is made with sea salt, distilled sake, and lots of wheat, giving it a thicker texture than traditional soy sauce.

Its billed as fruity-smelling and slightly sweet. Its golden honey color also sets it apart from traditional soy sauces.

Shyu means soy sauce in Japanese, but this sauce from the brand Ohsawa is actually soy-free, despite its name.

Other Vegan Recipes Worth Trying

Looking for some additional vegan or gluten-free recipes? Weve got a few others that Id recommend:

Why Make Your Own Soy Sauce Substitute

The store-bought gluten-free soy sauce can get expensive. On Amazon, its about $12 for a 8 oz. bottle. At my local health food store, its about $6.85 for the same bottle.

Thats why I love having this Soy Sauce Substitute recipe on hand in case I need an alternative with basic ingredients I already have in my pantry. Its really easy to make and a great way to use up leftover bone broth.

Eden Foods has two different organic tamari-style gluten-free soy sauce productsone made in the United States and one imported from Japan. The sauce crafted in the U.S. is made from water, organic soybeans, organic alcohol, salt, and koji .

The imported soy sauce is made from organic soybeans, sea salt, water, organic alcohol, organic soybean flour, and koji. You can buy Eden Foods soy sauces online and in a wide variety of grocery stores.

When it comes to soy sauce, most people are usually quite shocked to find out that it contains gluten.

And its true, whenever you read the ingredients list on any normal soy sauce bottle, it clearly states wheat as one of the first ingredients.

Just in case you didnt know, here are some facts about soy sauce. Soy sauce is made from a fermented paste of of boiled soybeans, roasted grains, brine, and aspergillus oryzae. This paste is then pressed, creating the liquid we know.

However, with the emerging demand for gluten free options, most soy sauce manufacturers have started to product gluten free soy sauce.

Soy sauce is not a typical healthy condiment because its very high in sodium and heavily processed. However, there are several adjustments you can make to ensure your soy sauce is a healthier option.

First, many of the store brands will sell low-sodium options.

Additionally, my homemade recipe at the end of this article can be made with lower sodium by skipping the sauce and using a low-sodium version of beef broth or vegetable broth. Both of these should be readily available in stores. And by making homemade soy sauce, you avoid all the heavy processing that goes into the manufactured soy sauce.

How To Make A Soy Sauce Substitute

When I said easy, I meant it!

All that is needed is to combine all the ingredients, bring to a boil and then simmer until reduced.

Once the mixture has reduced, let it cool on the counter. This takes about 15 minutes.

Once it has cooled, transfer it to a small mason jar for storage.

Try not to spill it all over the counter as I did.

Keep it refrigerated and give it a good shake before using.

This recipe could easily be made vegan friendly by using vegetable stock. Click for the Vegan Soy Sauce Substitute .

I use a gluten free stock so make sure you read your labels if avoiding gluten is something you do.

I have seen the question asked – can I use vinegar instead of soy sauce? And I can see why. It is a tad sweet. This recipe includes balsamic vinegar and there is a good reason behind it. Like in this recipe for Homemade Balsamic Glaze, when balsamic vinegar is reduced it becomes even sweeter and we see that same effect with this soy sauce substitute recipe – the vinegar adds that dimension of sweetness to give the sauce another layer.

So if you are trying to lower your sodium intake and are thinking, what can I use instead of soy sauce in fried rice, this is a great alternative.

How To Make Vegan Soy Sauce 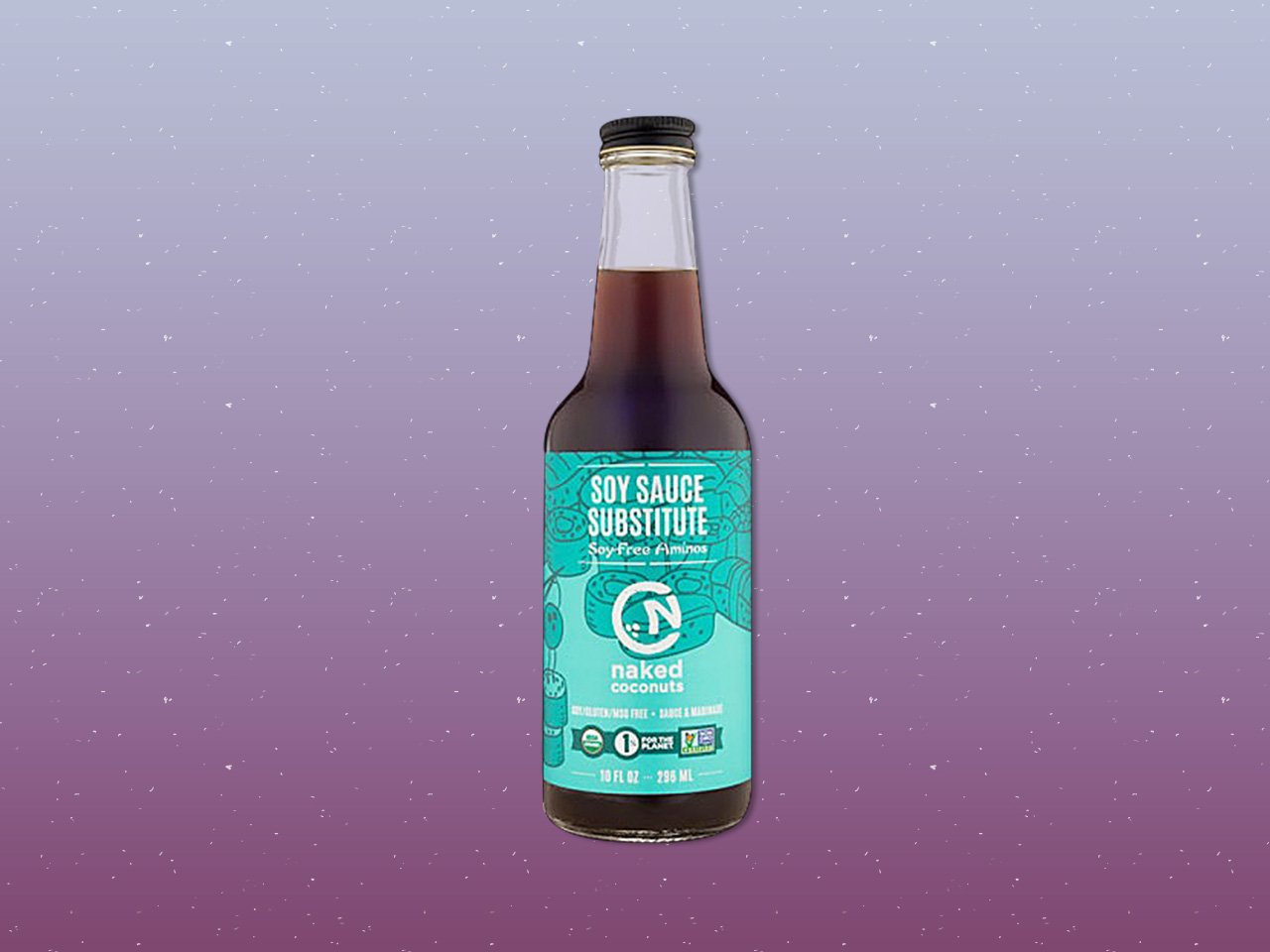 Bubble together some veggie broth with the deep, sappy and iron boosting goodness of molasses along with ginger and garlic . This concoction reduces to a light syrupy consistency.

It’s not quite soy sauce but, regardless, it is packed with flavour.

Let this mixture cool and you have your soy-less soy sauce.

Wherever possible, it’s much healthier to stick with homemade.

It can be pretty simple with basic recipes like this one. Perfect for stir-fry’s, noodle dishes, soups … basically anything you would normally used store bought soy sauce.

I also have a non vegan version of this sauce! Check out my “Faux” Soy Sauce recipe.

Have a great weekend, y’all!

How Do You Buy The Best Light Soy Sauce Substitutes

Can You Substitute Worcestershire Sauce For Soy Sauce

Be careful, as some homemade Worcestershire sauce recipes call for soy sauce, which we are trying to avoid in the first place! Be very mindful of all ingredients when researching recipes for your homemade condiments.

What Is Coconut Sauce

Coconut sauce, also known as coconut aminos, isnt your typical liquid seasoning. While other Asian liquid seasonings, like Maggi sauce and Knorr liquid seasoning, are laden with preservatives, MSG and artificial flavours, coconut sauce usually has a short two-ingredient list: coconut sap and sea salt. The all-natural ingredients mean that this product is also paleo diet-friendly. The combination of subtly sweet-and-sour coconut sap and the sea salt ticks most of the boxes needed to balance flavours in Asian dishes. I found that because of this sweet-and-sour flavour combo, I didnt need to add as much of the sugar and acid called for in my recipes.

The dinner was a hit. My dining companions were surprised to find out I didnt use any soy sauce, and my restrictive-diet friend was elated she now had a sauce she could use to cook up Asian recipes. Whether we should toss out all our soy sauces in favour of this substitute is up for debate to my discerning palate, theres a slight difference in taste, but I believe most wouldnt notice. Plus, theres value in having this option available when preparing meals for guests or crowds with dietary restrictions .

A longtime staple in health food stores, coconut sauce is now stocked at many major grocery stores. The bottles are usually tucked away in the health food aisle, amidst the goji berries and spirulina powders. The brand I tried, Naked Coconuts , can be found at Loblaws and ordered online at Well.ca.

3 easy recipes anyone can make…

Ever had trouble finding Japanese recipes that were easy to make?

We now have “cooking Japanese with ease”, our full recipe book and video course with step-by-step tutorials on your favorite recipes.

Soy sauce provides a signature taste to Asian dishes. It has a rich umami flavor that can be described as savory and salty.

It works well with a variety of dishes including stir-fries, dumplings, and more.

But what if youre out of soy sauce? Or what if you have a wheat allergy or other allergies that make it difficult to eat soy sauce?

Lets look at the 12 best substitutes.

So you might be watching your sodium intake and would rather not deal with soy sauces high sodium content or have an allergy so you cant eat it at all.

Well, in these instances, you may want to try one of the many soy sauce substitutes.

There are many foods that make a good substitute and Ill first quickly go through them all and cover when to use them more in a bit so you can decide which are most suitable for your dishes.