What Is Ginger Beer

Ginger beer is a non-alcoholic beverage that is often used as a mixer in various cocktails. It has a very strong flavor with a hint of spice and refreshing bite. It is typically carbonated, making it a nice drink to enjoy on a hot day.

Ginger beer was popularized by England, and started becoming a trendy beverage throughout North America over the past few years. Many might not realize just how old ginger beer is considering how it only became popular throughout the world recently. However, it has been enjoyed in England since the 1700s.

Ginger beer may have traditionally been crafted to contain alcohol, but these days, the only similarity between ginger beer and beer with alcohol is the name.

Ginger beer is fermented, but never to the point of creating a high enough alcohol content for it to be considered an alcoholic beverage. This drink is more similar to a very flavorful soft drink than it is to real beer.

I only found two brands of ginger beer that have alcohol while doing my research for this post. You can find those listed below.

What Are The Ingredients In Ginger Beer

The main ingredients that make up ginger beer are ginger, water, sugar, and yeast. The drink is also carbonated before it is packaged. It is also possible that ginger beer can have some citrus added, such as lemon or lime, and it might also have some cream of tartar.

Because ginger beer has become so popular, some shortcuts have been made by some manufacturers to be able to make more ginger beer faster. This might mean the addition of artificial flavors and unnecessary ingredients that make ginger beer less healthy.

An earthy, aromatic ginger from nigeria And a rich, chocolatey ginger from cochin, india) for a crisp and refreshing flavor. 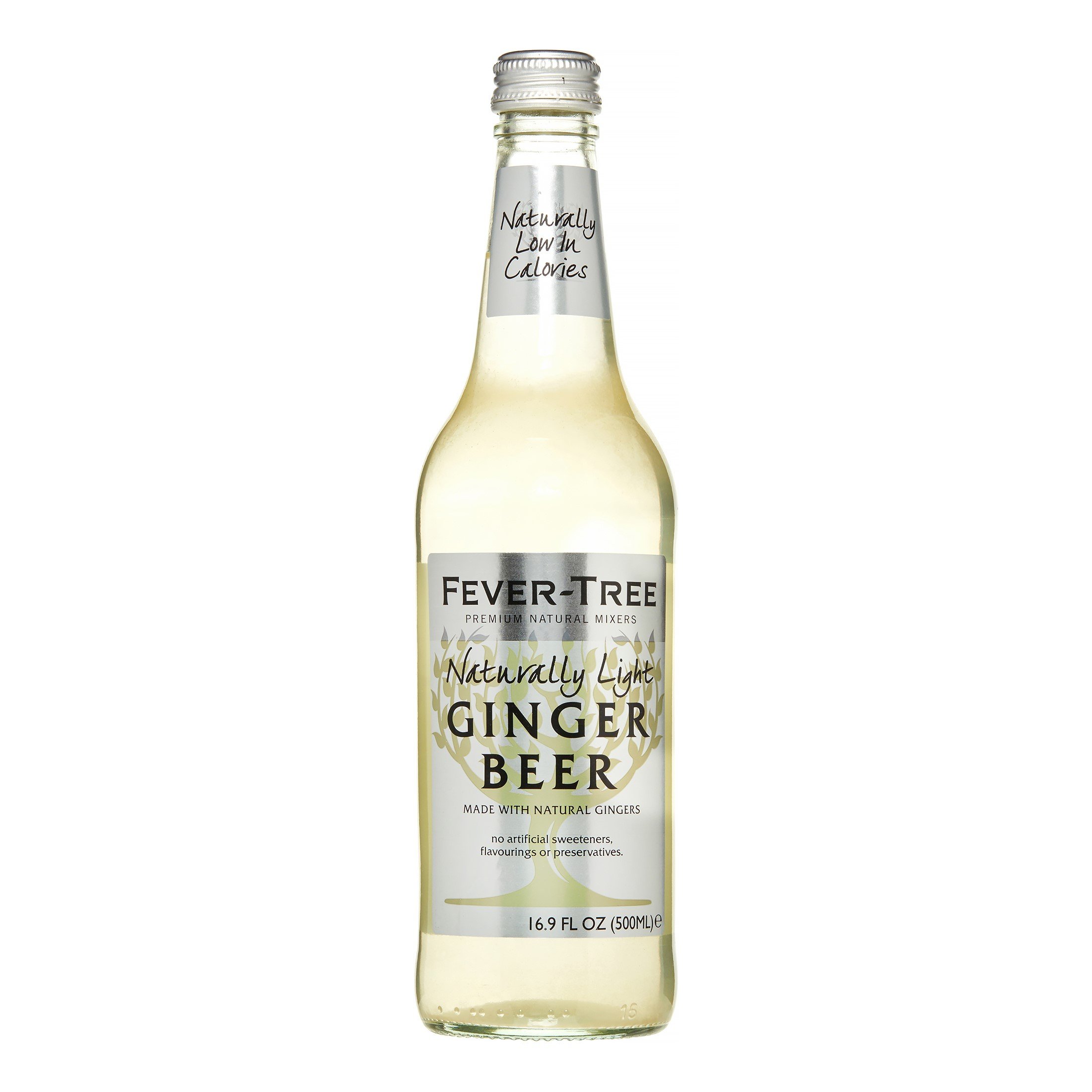 Ginger beer and ginger ale both feature ginger, and they are both carbonated. Similarly, they also both have a nice flavor and are refreshing and bubbly. However, ginger beer has a stronger flavor profile with much more spice than ginger ale.

Nowadays, most brands of ginger beer are simply a ginger-flavored soft drink. As Sprite is a lemon-lime flavored soda, ginger beer is similar in the sense that it is a carbonated, ginger-based sweetened beverage. While each brand has its own methods of preparation and list of ingredients, generally, ginger beer is essentially sparkling water, sugar, and either fresh ginger or ginger flavoring. Because of the prominent ginger flavor, ginger beer tends to be a bit spicier than your average ginger ale while still providing the sweetness and carbonation you know and love.

Is Moscow Mule A Beer

Beers inspired by the vodka, ginger beer and lime mixed drink known as a Moscow Mule, traditionally served in a copper mug as well, are nothing new. A quick search on Untappd brings up dozens of them. It tastes just like a cocktail, but its in fact beer, said James Murray, vice president of brewing at Ballast Point.

Gluten-free may seem the en-vogue dietary restriction of the health set, but the fact of the matter is that for any of those suffering from a true gluten-related condition , the consumption of gluten can present no shortage of discomfort or even health problems.

In an age of increasingly adventurous cocktail menus, it can be harder for even the most vigorous person to avoid gluten on a drinks menu, luckily for you, we have great news when it comes to enjoying your favorite cocktail. A Moscow Mule, when properly prepared, is almost certainly gluten-free!

Because vodka, ginger root and limes are always gluten-free, the devil in the detail here is the ginger beer. The fact of the matter is that a few ginger beers these days forgo a few non-gluten ingredients for corn or wheat used in the fermenting process. Traditionally these brands are easy to spot as they are tend to skew towards a grocery store Generally your higher-quality drinking establishments of grocers wouldnt stock there, but with the huge surge in ginger beer popularity, people are focussing on profit over product, creating their own house brand with no indication of history or how its made. A true ginger beer made only with sugar, ginger and water will prove no problems to those with a squirmish gut

Fever-Tree: Where it all began

This company does not have a gluten statement on their website and I wasnt able to confirm whether or not this brand is considered gluten-free. However, researching this brand, it looks as though they also produce beer.

Id assume that they use the same machinery and facility to produce both their beer and ginger beer. On a gluten-free diet, Id probably avoid this brand if you are sensitive to gluten at the trace level amount.

If you enjoy ginger beer on its own or with your favorite cocktails, I hope this post has helped you get the answers you were looking for to decide to keep this ingredient in your diet.

There are many brands of ginger beer that are gluten-free to choose from, so look for some of the ones listed in this post for a refreshing drink or spicy cocktail!

This beer flavor is a combination of natural ingredients such as water, sugar, ginger, lemon, lime, orange, coriander, mint leaves, salt, and yeast.

It does not contain any artificial additives or preservatives. This makes it suitable for people with food sensitivities.

However, if you have an allergy to yeast, then you should avoid consuming this type of beer. This may contain some gluten, so be sure to check before purchasing.

Ginger Beer is safe for celiac disease sufferers who want to indulge in the beverage. The sugar cane juice used to create the drink also has no gluten.

It is important to note, however, that this product contains corn syrup, which can cause gastrointestinal discomfort for those with wheat allergies.

These gluten-free beers are available at grocery stores and restaurants across European countries.

Home Â» category Â» ginger beerIf ever the other fever tree ginger beer is out of stock this is just as good.If youâre going to buy ginger beer for a moscow mule or dark & stormy, you might as well have something extraordinary.If youâre still confused by this naming situation, think of ginger beer as a close acquaintance to root beer, the soda base of the root beer float that was an essential component of your childhood.

If Â¾ of your drink is the mixer, then you should use the best.In stock and ready to ship.Is bundaberg ginger beer gluten free.Is there caffeine in fever tree ginger beer?

How To Use Ginger Beer 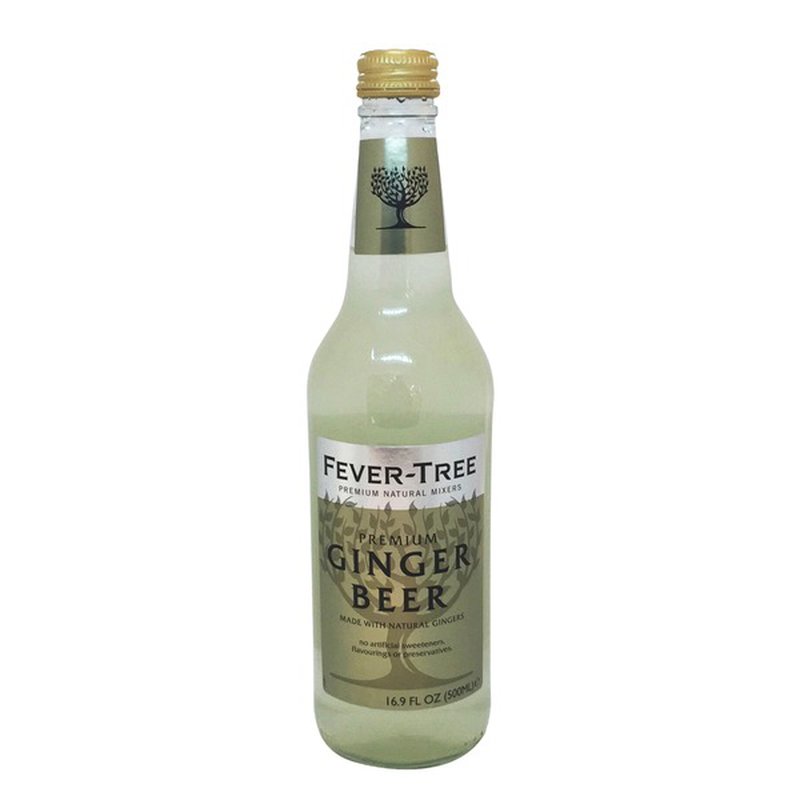 Although ginger beer’s most common use is as a mixture for the renown cocktail known as the glorious Moscow mule, it can also be used to spice up a margarita, to sub for club soda in a Paloma, or to top off a ginger mint juleps. Technically, if you’re really into ginger flavor, you can sub ginger beer for club soda or Champagne in any mixed drink recipe to create a more interesting depth of flavor.

Celiacs and gluten-sensitive individuals around the world will be thrilled to know that ginger beer is absolutely free of gluten, leaving you no longer wondering, is ginger beer gluten-free? And for that, I raise an ice cold ginger beer to your lukewarm can of Natty Light.

Celiac.com 11/24/2020 – We get more than a few questions about beer. One question we see a lot is about ginger beer. Specifically, is ginger beer gluten-free, and safe for people with celiac disease?

Celiac.com Sponsor :The answer is that most all true ginger beer is naturally gluten-free. That said, there are plenty of imposters, so read labels and beware. True ginger beer made with sugar, ginger and water. That’s it. So you can rest easy when you add vodka and lime juice for that Moscow Mule.

Oh, and more good news about that vodka. The FDA and the U.S. Alcohol and Tobacco Tax and Trade Bureau have issued new rules that allow gluten-free labeling on all distilled spirits. That means Manufacturers of distilled foods and beverages can now label their products as gluten-free, even if made from gluten ingredients. You can enjoy that Moscow Mule with a clean conscience. As always, listen you your gut. If something doesn’t seem to work for you, even if it’s labeled gluten-free, then avoid it.

What Other Country That Sell Gluten

A drinking establishment from Scandinavian countries called Svenskt Tenn was created in order to bring the taste of Swedish Smoked Salmon to the world.

It uses smoked salmon instead of hops in the production process.

The main ingredient used in this beer is smoked salmon. The company claims that it contains no gluten, but it is still recommended to those who suffer from Celiac Disease.

Goslings are one of the oldest names in ginger beer. James Gosling set sail from England in 1806 to bring wine and spirits to America. After 91 days at sea, they landed in Bermuda. They opened a store in 1824 and started making rum in 1857. Somewhere along the line, they started making ginger beer to mix with the rum. Its now the #1 sold ginger beer in the United States.

Described as citrusy and spicy with flavors of lime peel, crystallized ginger, meringue, and turmeric, its a signature ingredient in Dark n Stormy cocktails and mule drinks.

While there are no apparent ingredients containing gluten, Gosling makes no claims gluten-free and is not listed on gluten-free sites.

The Brookvale Union website states that We like to say that they are gluten friendly. Our Ginger Beers are made using the same equipment as beer , therefore we cant pinky promise these are 100% gluten free. Whilst there may only be tiny trace amounts of gluten detected, we do advise to drink with caution if you are gluten intolerant.

And a rich, chocolatey ginger from cochin, india) for a crisp and refreshing flavor. But by substituting natural cane sugar for fruit sugar, it retains the crisp and.

Creating cgi bottles for fevertree bottle bottle. And a rich, chocolatey ginger from cochin, india) for a crisp and refreshing flavor.

Fever tree ginger beer the best not over the top sweet. Created by blending three gingers from nigeria, cochin, and the ivory coast.

What Is The Difference Between Ginger Beer And Ginger Ale

Ginger beer is fermented with yeast, similar to how beer is produced. It has a strong spicy flavor and usually uses real ginger.

Ginger ale is a carbonated soft drink that uses ginger syrup, made from ginger and sugar, and carbonated water. This drink is less spicy and flavorful than ginger beer, but equally refreshing.

Is A Moscow Mule Gluten

The trendy Moscow Mule, is it Gluten-free? When a product has more and more components the risk of being glutened starts to climb. While dining out and at the mercy of someone else handling your food, you are always at increased risk. Are Alcoholic beverages safe? Can you get a gluten-free Moscow Mule?

It would be so nice to be able to go out and order anything, from any dining or drink establishment and feel secure in simply consuming. But what type of mix do they use here? Is that a gluten-free option? The thought in the back of your mind, Is it TRULY gluten-free?

Many alcohols, even grain alcohols have no gluten left in them by the time they make it to the store shelf. Beer is a definite exception, although there are certified gluten-free options. With that thinking, the Moscow Mule is made with vodka. Were safe.