Hashimoto’s Thyroiditis and a Gluten-Free Diet

In autoimmune thyroid disease, on the other hand, about 4 percent and 8 percent of adults and children respectively have tTG IgA antibodies in their blood. That translates to 2-5 percent in the general population.

Another study showed that 2-5% of people with autoimmune thyroid disease, like Hashimoto’s, also had celiac disease. Scientists believe that a gluten-free diet can reduce the complications of their thyroid disease and improve the quality and, perhaps, length of life in patients with both Hashimoto’s and CD.

Gluten Foods To Avoid For Hashimoto’s

This author has been verfied for credibility and expertise

Individuals with Hashimoto’s disease may need to avoid gluten foods because, just like celiac disease, Hashimoto’s is a chronic autoimmune disorder. An autoimmune disorder is a condition where the body’s immune system attacks its own tissues in the case of Hashimoto’s, the thyroid gland is affected. Gluten foods are not the cause of the disorder, but for some people they trigger an immune system response that results in tissue inflammation and destruction.

One Theory From A Doctor

Dr Myers, who specialises in womens health issues, gut health, thyroid dysfunction, and autoimmunity, is also the founder and medical director of Austin UltraHealth, a clinic based in the Texas, USA.

Its her medical opinion that there are five underlying causes of autoimmune thyroid diseases including Hashimotos thyroiditis. It’s important to note that these causes are not fully accepted by the entire medical community around the world.

The gut is the gateway to health, it houses 80 per cent of your immune system, and you cant have a healthy immune system without a healthy gut, she says.

We now know that if you have an autoimmune disease your gut has become leaky, meaning the tight junctions that typically hold your gut lining together have become loose, allowing undigested food particles, microbes, toxins, and more to escape your gut and enter your bloodstream.

Dr Myers explains that for some people, gluten can be the primary cause of leaky gut because gluten triggers the release of zonulin in your intestines, a chemical that tells your gut lining to open up. 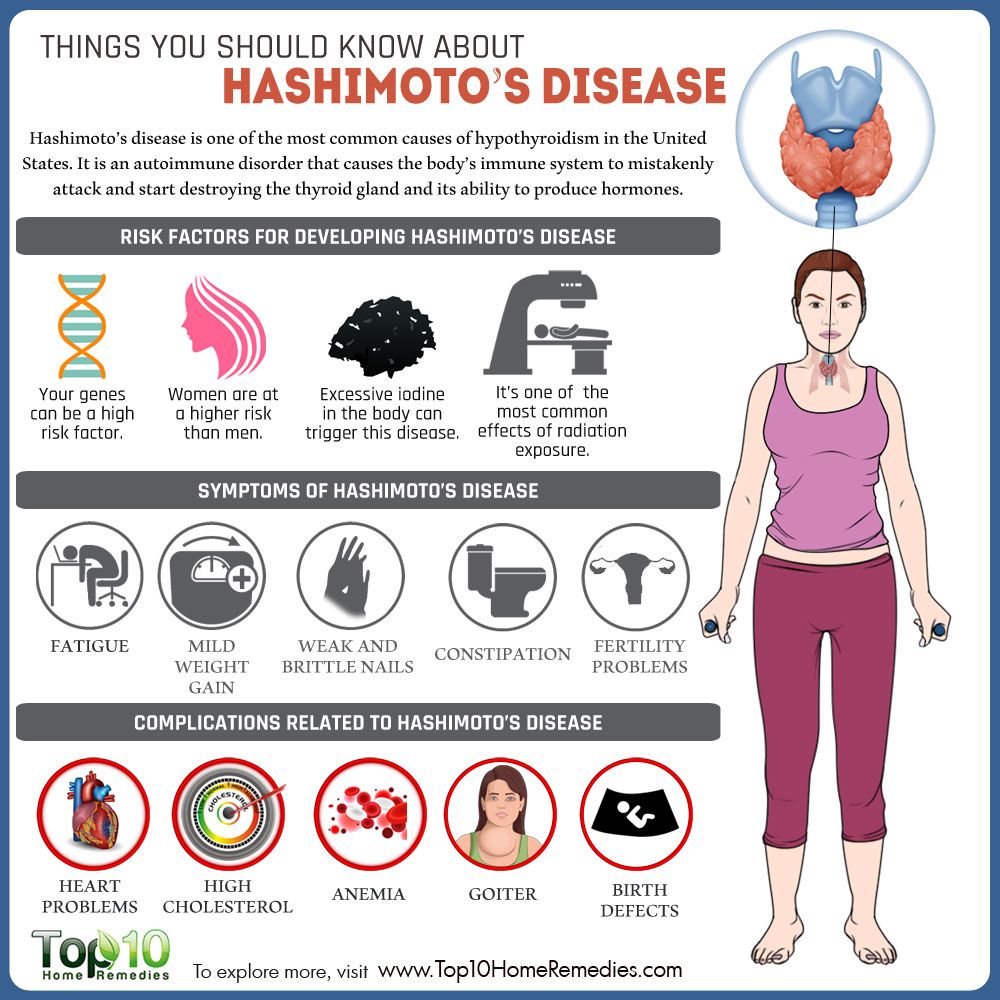 Your reactions may be delayed by as long as 72 hours. And, symptoms are not limited to the digestive system.

Pay close attention to the following symptoms which may indicate you are gluten intolerant.

And, if severe enough, warrants special follow up with your physician for additional testing.

Can A Gluten Free Diet Help With Thyroid Disease

A lot of patient-run websites insist that eliminating gluten is essential for treating thyroid disease. What’s the evidence to support this advice?

Hashimotos thyroiditis is the most common cause of hypothyroidism. Its an auto-immune condition in which the bodys immune system gradually destroys the thyroid gland. As a result, the amount of circulating thyroid hormone in your body is too low. This can lead to everything from weight gain to hair loss to heart trouble.

If your doctor diagnoses you with Hashimotos, he or she will likely tell you its not that a big deal. Theyll write you a prescription for replacement thyroid hormone and send you on your way. If you ask about whether theres anything you should be doing in terms of diet or lifestyle, they will probably tell you there isnt.

Celiac disease is a small inflammatory disease in the intestine with autoimmune features that are triggered and maintained by the ingestion of the storage proteins like Gluten of wheat, barley, and rye.

It has been shown that people with celiac disease have high chances of Hashimotos disease also.

Further, between 10-30% of patients with celiac disease are thyroid and/or type1 diabetes antibody positive.

Also, about 5-7% of patients with autoimmune thyroid disease have will have celiac disease antibodies like IgA anti-tissue transglutaminase antibody positive.

While gluten ingestion is responsible for the signs and symptoms of celiac disease, it is unknown what factors are associated with the initial onset of the disease.

So, In a study conducted recently aimed to examine whether the timing of gluten exposure in infants was associated with the development of celiac disease autoimmunity .

The study conducted on 1560 children from 1994-2004 at considerably increased risk for celiac disease or type 1 diabetes, the mean follow-up was 4.8 years.

Relationship Between Gluten Selenium And The Thyroid

Selenium is crucial for the following different functions

In previous posts we have discussed how going on a gluten free diet can lead to fat loss. This is one of those mechanisms as autoimmune hypothyroid disease is a common manifestation of gluten sensitivity.

Myth : Diet Can Heal Everything So If I Just Eliminate More Foods I Will Be Healed

While some people have had great success through changing their diets, even going into complete remission from Hashimotos, this is not always the case. Dont get me wrong, eating a nutrient dense diet that is free of reactive foods can do wonders, and is one of the first things I recommend. However, if youve been following a specific diet for 3 months and are not seeing results, you likely have a gut infection that is causing inflammation and preventing you from healing.

Gut infections lead to intestinal permeability, which is one of the main triggers of Hashimotos. Eradicating most infections will require targeted treatments such as herbs, antibiotics, antifungals or antiprotozoal agents. If the infection is not treated, a person can become sensitive to more and more foods, further narrowing the list of foods that are tolerated.

If you suspect that you have a gut infection, I recommend one the following tests:

You can read more about infections and testing in this article, and in my book, Hashimotos Protocol.

Myth : I Do Not Need To Get Off Gluten Because Tests Indicated That I Was Not Sensitive

Gluten is a substance found in wheat, barley, and rye. Gluten is a staple of the Standard Western Diet in North America, Europe, and Australia. It is found in bread, cakes, pastries and most processed foods. People with Hashimotos are more likely to have celiac disease compared to others, and eliminating gluten has helped some people dually diagnosed with celiac and Hashimotos shed their Hashimotos diagnosis . However, celiac disease is not the only problem related to gluten. My personal and clinical experience has shown that non-celiac gluten sensitivity is one of the biggest triggers in Hashimotos.

Lab testing can be very helpful in determining if you are sensitive to gluten, but unfortunately, testing technology is not perfect. More often than not, false negatives can be seen for common reactive foods like gluten, dairy, and soy. The best test for figuring out if you are sensitive to gluten is doing an elimination diet, where you avoid gluten for 2-3 weeks, then try it again to see if you react to it.

Studies have shown that gluten induces intestinal permeability in all individuals, regardless of whether or not they have celiac disease. And we know that intestinal permeability, or leaky gut, is almost always a factor with Hashimotos. Therefore, it only makes sense that eliminating a common irritant like gluten will lead to improved gut health and overall wellness for many people with Hashimotos.

Do You Have To Be Gluten

My opinion is that most patients with Hashimoto’s stand to benefit from at least a trial of going gluten-free.

If you stand to benefit from changing your diet, wouldn’t you at least give it an honest effort?

So the bottom line is this:

If you have Hashimoto’s it’s absolutely worth checking for Celiac disease to see if you have elevated antibodies in the blood.

If you are antibody positive then you have your answer.

Assuming you are antibody negative then your next step should be to consider a 3 month trial of 100% going gluten-free.

Most patients who go gluten-free notice at least some improvement in symptoms within 4 weeks.

Some patients notice no difference in symptoms and may be just fine consuming gluten.

Tips for going gluten-free if you have Hashimoto’s:

My clinical experience suggests that while removing gluten may reduce your symptoms, it is usually not enough to bring you back to 100%.

The most common form of collateral damage in chronic Hashimotos patients is accelerated brain degeneration. Brain degeneration leads to identical symptoms of hypothyroidism, including fatigue and depression. I strongly suggest all thyroid patients become experts in identifying and supporting their brain health by referring to my second book, Why Isnt My Brain Working?

Other Diets To Try If You Have Hashimoto’s And Gluten 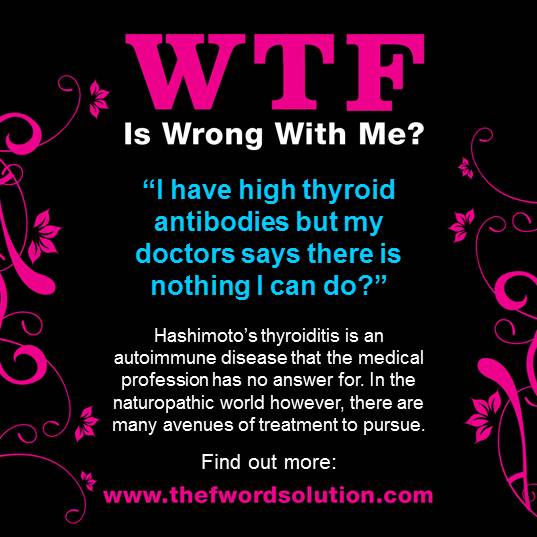 Let’s say you’ve tried going gluten-free and it just isn’t working for you or you’ve noticed some improvement but you want more.

What then can you do?

In some cases, patients need a diet that is specifically tailored to their medical conditions.

There are many other diets that you can consider that may also improve your symptoms.

I have here which you can look at for more detail but I will go over them briefly below:

For patients that have multiple autoimmune conditions , going on the autoimmune paleo diet may be a better option than just going gluten-free.

The autoimmune paleo diet mimics the paleo diet, but it is a more strict version of the diet.

This particular diet removes all sources of gluten, nightshades, beans, and nuts.

If weight loss is your primary goal and if you have leptin resistance, then you might benefit from a diet more tailored to helping your body lower leptin levels.

Leptin is a hormone in your body that can change your metabolism , resulting in an increased appetite and weight loss resistance.

Leptin resistance is quite prevalent among hypothyroid patients who have difficulty losing weight .

Also Check: Does Bisquick Have Gluten

Link: Risk Of Other Autoimmune Disorder

And this has been confirmed by several clinical studies. For instance, in one 2016 study published in the journalAutoimmunity Reviews, scientists found that a large portion of individuals with autoimmune thyroid disorder also had other autoimmune disorders, especially celiac disease.

Get The Facts On Gluten And Hashimotos Disease

Many physicians do not discuss the connection between gluten and Hashimotos disease with their patients but instead put them on a regimen of thyroid medications. But medications do not deal with the autoimmune response that damages the thyroid. A functional medicine perspective is that a practitioner must find out what triggers the immune system to attack the thyroid, and work with the patient to develop strategies to avoid those triggers.

To get a comprehensive overview of the connection between gluten and Hashimotos disease, as well as other triggers of autoimmune attacks that lead to hypothyroidism, read The Complete Thyroid Health and Diet Guide by functional medicine practitioner Dr. Nikolas R. Hedberg.

Interactions Between Thyroid And Gluten

Studies show that celiac disease and/or gluten may affect how your thyroid functions. For instance: