Jack In The Boxs History

The first Jack in the Box was opened by founder Robert O. Peterson in 1951 in San Diego, California. The restaurant served hamburgers for 18 cents each. There was a large clown style jack-in-the-box constructed above the restaurant to draw people in. In 1960 Jack in the Box expanded to Phoenix, Arizona and by 1963 it had restaurants in Houston and Dallas, Texas.

The iconic Jack the jack-in-the-box clown, has been used in several television advertising campaigns as well as premiums such as antenna toppers and Pez dispensers in the 1990s. There are 2,200 restaurants in 21 states as of 2015.

* Please keep in mind that most fast food restaurants cannot guarantee that any product is free of allergens as they use shared equipment for prepping foods.

It’s important to note that on the Jack in the Box website, the description for the “Two Tacos” never mentions meat. At all. It doesn’t mention beef. It doesn’t state that the tacos include a protein source of any kind. Rather, it simply states, “Two crunchy tacos with American cheese, shredded lettuce, and taco sauce.” That’s it. And if you click on the “Ingredients” link? You’ll be taken to a page with the company’s allergen information, not a page with information about the tacos’ ingredients.

If you’re the type who wants to know exactly what you’re putting in your body, the company’s side-stepping of detailing the product’s ingredients should be somewhat concerning. But the information is out there if you’re willing to look for it. According to an article on Is It Bad For You, the taco filling is “an unattractive looking paste containing texturized protein which is essentially soy flour with caramel coloring, as well as defatted soy grits.” Yum, sounds delicious. The article goes on to say that the tacos do, in fact, contain both beef and chicken in addition to the more prominent textured vegetable proteins and that the company can get away with this because it doesn’t actually promote the tacos as beef tacos. So sure, go ahead and order more of those tacos with enough sauce in your belly, you won’t even be able to taste the meat-like filling.

How Can I Know If I Have A Gluten Allergy

There may be many different causes for these problems, but have you considered the possibility that a gluten allergy or intolerance could be at the root of the problem? If you find that, after reading this list, quite a few of the symptoms seem to apply to you, then perhaps gluten could be the culprit.

To test this out, you should try eliminating all food containing gluten from your diet for a few weeks and see how you feel. If you are not feeling much better try cutting out other foods as well and take stock of how you feel over the course of a couple of weeks. Many people have food allergies that they never knew about.

Video Version Of This Article

Luckily we got an updated answer from Vishnu Tej in the Quora forum What are Jack in the Box tacos made from? With the help of a friend, he was able to take the photo below of the Jack In The Box taco box which clearly states that the tacos are Made with Beef and Chicken in addition to the Textured Vegetable Protein. Therefore, Jack In The Box Tacos contain real meat and are not vegetarian and vegan friendly.

*Editors Note: Proteins listed in the ingredients is likely wheat based from the other Jack In The Box Taco ingredient sources.

What Are The Symptoms Of A Gluten Allergy

Some readers may be visiting this page because they are concerned about whether or not they have a gluten allergy. Having a gluten allergy is a serious condition and, while some folks are going gluten-free simply as a trend, many people suffer legitimate symptoms due to gluten allergies and gluten sensitivity.

These are all the gluten free options we could find at Jack In The Box. Note all items listed below do not contain wheat or gluten, based on the Jack In The Box menu. These items still have the potential for cross contamination and other traces of gluten, so please keep that in mind.

What are Jack in the Box tacos made from?

Jack in the Box menu prices are subject to change without prior notice. Prices shown in images & the following table should be seen as estimates, and you should always check with your restaurant before ordering.Jack in the Box menu images sourced via e-mail from restaurant customer & menu-price.net user. menu-price.net does not guarantee the pricing or availability of any menu items listed in image or table format on this page. Pricing may vary from location to location.

What Kind Of Meat Is In A Taco

According to the ingredients on the package, the taco meat is made up of 41 percent beef, 8 percent fat, and 51 percent soy. The meat has been watered down in order to maintain prices as low as possible. Boxes made of cardboard and old pizza boxes artificial wood sawdust and leftover Mexican food that was scraped clean by the dish washer 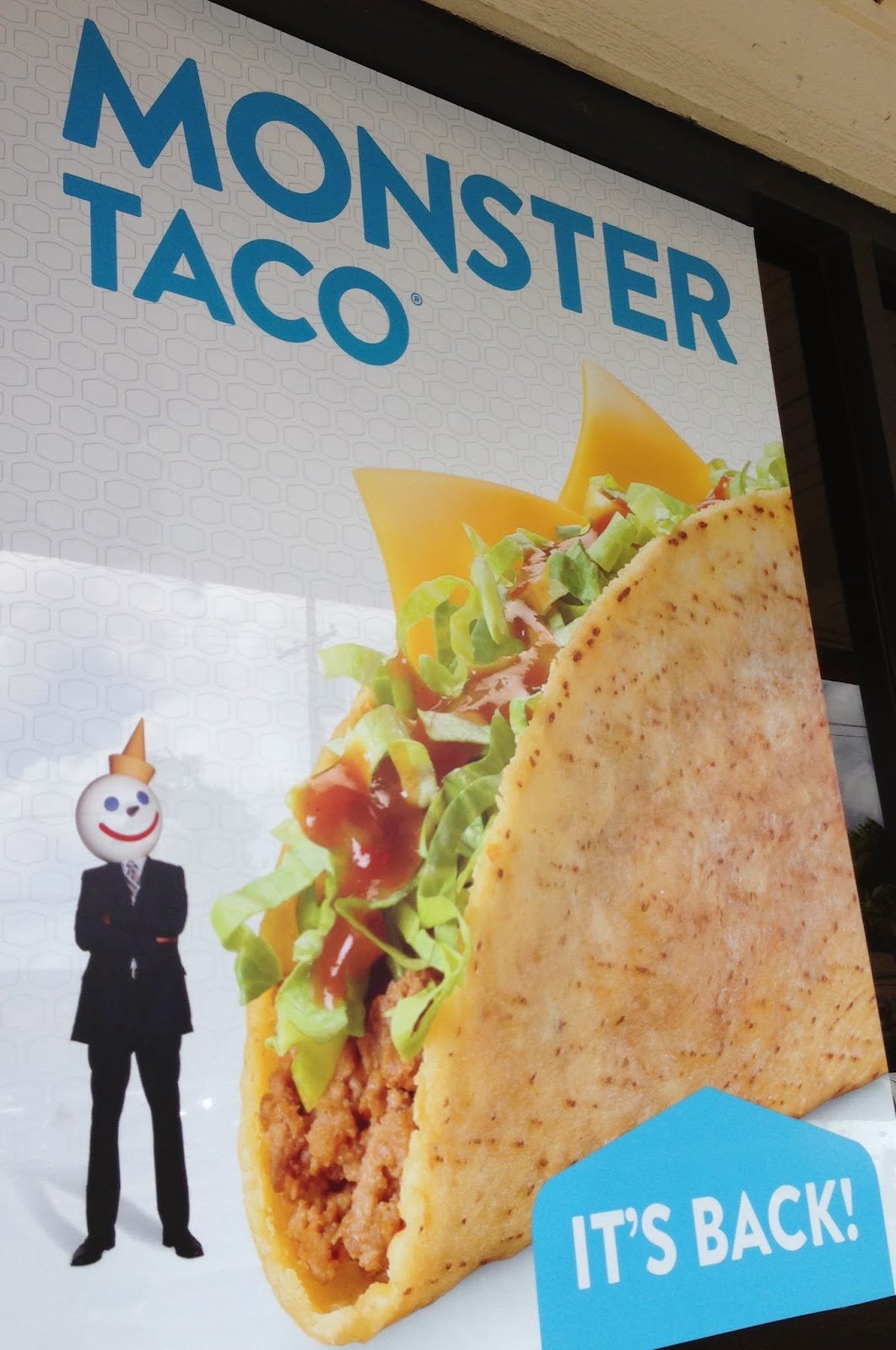 Remember that cross contamination at restaurants can occur. If you have a serious gluten allergy or celiac disease, make sure you mention it when you order so that the restaurant can take steps to ensure your meal is completely gluten free.

What Taco Bell Can Do To Expand Its Gluten

That being said, if Taco Bell truly wants to be competitive and continue moving in the right direction, having more items like the Power Bowl would be a great step. Even offering a “bowl” option for existing burritos, where someone can throw the innards on a bed of rice would give the gluten intolerant so many more options. As it is, knowing for certain that there are a few items I can eat is nice , but they could certainly do better.

Whats With The Grill Marks On Jack In The Box Tacos

That char on the outside of your taco shells?Thats a grill mark.Its true that theyre therethey arent a figment of your imaginationbut that doesnt mean that your taco is being grilled in a back room before being placed into its individual sleeve.All Jack in the Box tacos are born in Jack in the Box factories in Texas or Kansas, according to a recent report in the Wall Street Journal.

What Is Jack In The Box

If youre from the West Coast of the US, youll likely already be familiar with Jack in the Box. Jack in the Box is a fast-food chain, that has well over 2,000 locations across the US. Its been around for just over 70 years and is a much-loved fast-food favorite. Its well known for serving burgers, chicken, salads, breakfast foods, and of course, tacos.

Definition: Gluten is a substance present in cereal grains, especially wheat, that is responsible for the elastic texture of dough. A mixture of two proteins, it causes illness in people with celiac disease.

Gluten is the gluey protein that’s found in most of our common dietary items. Breads, pastas, cereals, and many desserts contain gluten. It’s essential for making most traditional baked goods because it creates the “fluffy” quality of cakes and muffins. It also binds doughs, giving it a nice moist texture.

While gluten might be great for creating texture when making baked goods, for certain people, foods with gluten can lead to severe digestive issues and serious conditions like diabetes, rheumatoid arthritis, and intestinal cancers. For those with a gluten sensitivity or a gluten allergy, going gluten-free is essential to feeling healthier.

Summary Of Gluten Free Menu Options At Jack In The Box

What Are Jack In The Box Tacos Made From

The tacos at Jack In The Box contain a meat filling, crunchy taco shell as well as toppings like lettuce, cheese, and taco sauce. As simple as that sounds the meat filing alone contains a variety of meats, soy products, seasonings, and preservatives.

There’s no reason to beat yourself up about a single meal. If you want to revisit your college days’ memory lane with a swing through a Jack in the Box drive-thru, go ahead and have at it. But, if you’re one to keep an eye on your nutrition intake, it’s important to note that even though Jack in the Box tacos are always sold as a pair, the nutrition information listed on the Jack in the Box website is for a single taco. That means that when you down both tacos in a single sitting, you’re consuming 344 calories, 18 grams of fat , 724 milligrams sodium, 32 grams carbohydrates, 4 grams of fiber, 2 grams of sugar, and 12 grams of protein.

To be perfectly clear, none of these details, in and of themselves are inherently bad. It’s just a matter of perspective if two tacos are never enough and you always order four, well, then your four-taco meal packs almost 700 calories, more than half the daily recommended sodium intake, and 12 grams of saturated fat. If generally, you eat pretty healthy, there’s no reason to worry about the occasional taco binge, but if this is your regular mid-week lunch, it might be time to reassess. 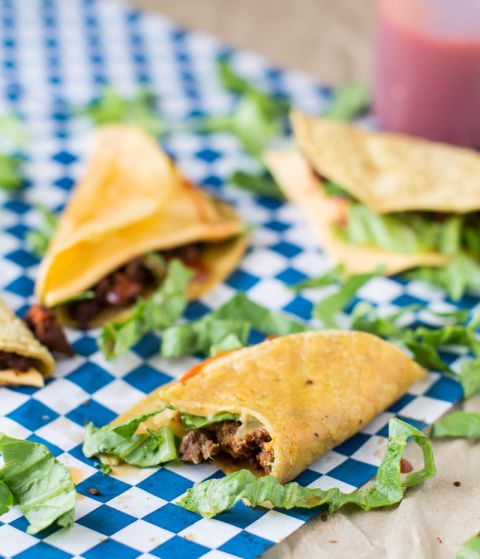 Ground beef, ground chicken, and seasonings are the only ingredients used to make each individual patty. They are devoid of the shredded lettuce and cheese that were present in the original. To clarify, Jack in the Box notified us that the Tiny Tacos contain ground chicken and seasonings, which resulted in the above-mentioned revision.

Featured on its “Better for You” menu is Jacks teriyaki bowl. With brown rice, this option has 630 calories and 34 g of protein. However, compared to the salad, its a choice thats almost twice as high in sodium with 2,120 mg per bowl.

Are There Gluten Free Tortillas