Why An Elimination Diet Is The Best Gluten Sensitivity Test

If you cant afford food sensitivity testing, I have some good news for you. There is a test you can do thats absolutely free, but it does require more work and paying attention. The elimination diet is still considered the gold standard for food sensitivity testing. Your body will always tell you which foods do not agree with it, but only if you listen to it very carefully.

Why are food sensitivities so difficult to pinpoint? One reason is because we keep eating the foods that our body is sensitive to. For me, I ate dairy and bread every day, never connecting those foods to my long list of symptoms. When you eat a particular food on a daily basis, it is difficult to connect that food to any symptoms you are having.

You might have joint pain, bloating, and acid reflux every day, but how would you ever connect that to the dairy you have always had?

As you continue to consume the food you are sensitive to, your body becomes depleted in its ability to protect itself from the antigenic food. The reactions become less specific and more chronic. Additionally, your body will become sensitive to more and more things.

I always recommend an elimination diet where you avoid the food in question for 2-3 weeks. See how you feel, and then try it again to see if you react to it. Check out my podcast with Tom Malterre for more info about elimination diets!

Dr. Christofides explains how the process of digesting gluten can trigger autoimmune conditions in a predisposed population.

It is important to note that it is the genetic predisposition to an autoimmune condition that can prompt this reaction to gluten-containing foods, an epigenetic function of turning on a switch. Gluten-containing foods are not inherently bad or villainous. Once this switch is turned on for Hashimoto’s, it cannot be turned off. Autoimmune conditions are chronic, but their symptoms and severity can be managed with diet and lifestyle.

I often see articles and comments online ridiculing people without celiac disease for going gluten free to improve their health. I find this to be a very close-minded point of view, and quite frankly, a dangerous one as well.

While Ive seen tremendous benefits in my own personal health as well as the health of many of my private clients using unconventional methods, the mainstream research and evidence base for eliminating food antigens in Hashimotos is still lagging So I decided to create my own evidence base!

I used my outcomes research training to create a little survey that went a bit viral In the summer of 2015, I developed a survey to assess the impact of various interventions on Hashimotos. Some 2,232 people with Hashimotos provided feedback as to the factors that seemed to make their conditions better as well as worse. Many food and non-food triggers were assessed, but I would like to focus in on gluten for this article.

First of all, it is worth noting that out of all who responded, only 3.5 percent had also been diagnosed with celiac disease.

Yet, 86 percent of respondents who had gone gluten free reported improvements in digestive symptoms. I believe this re-confirms my earlier points- you do NOT have to have celiac disease to benefit from a gluten free diet!

In fact, 88 percent of people with Hashimotos who became gluten free felt better.

33 percent of respondents had a reduction in their thyroid antibodies on a gluten free diet.

Tips For Weight Loss With Hypothyroidism

Having a healthful diet rich in fruits, vegetables, filling proteins, and healthy fats can help manage weight and boost well-being. These foods are also rich in nutrients and may help people feel fuller for longer.

In addition, regular moderate- to high-intensity aerobic exercise and strength training can help boost metabolism and promote weight loss. Staying active can also improve levels of energy and the quality of sleep.

In addition, a person may notice a little weight loss typically under 10% when they take medication to treat hypothyroidism.

Best Diet For Hypothyroidism: Foods To Eat Foods To Avoid 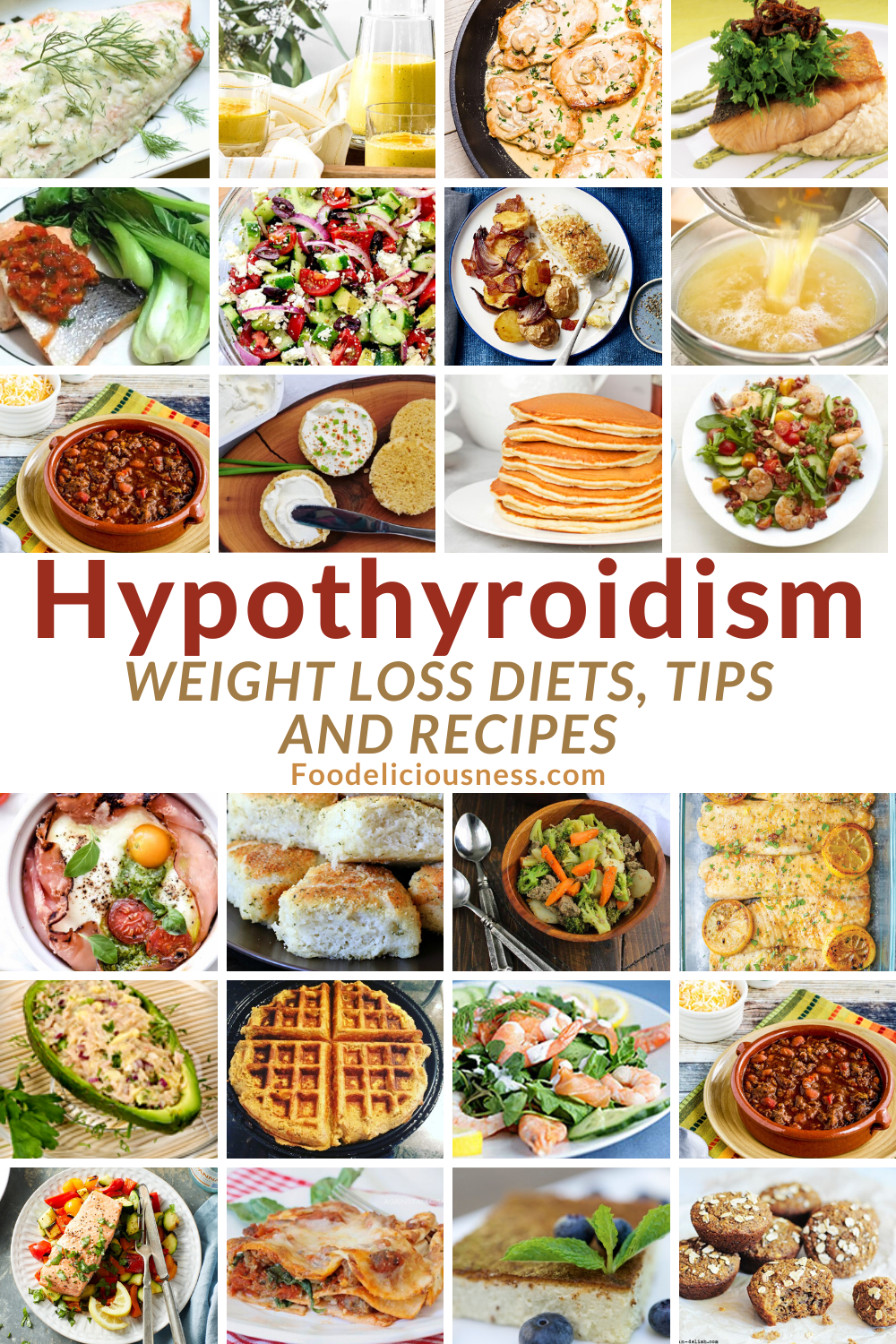 Hypothyroidism is a condition in which the body doesnt make enough thyroid hormones.

Thyroid hormones help control growth, cell repair, and metabolism. As a result, people with hypothyroidism may experience tiredness, hair loss, weight gain, feeling cold, and feeling down, among many other symptoms .

Hypothyroidism affects 12% of people worldwide and is 10 times more likely to affect women than men .

Foods alone wont cure hypothyroidism. However, a combination of the right nutrients and medication can help restore thyroid function and minimize your symptoms.

This article outlines the best diet for hypothyroidism, including which foods to eat and which to avoid all based on research.

The thyroid gland is a small, butterfly-shaped gland that sits near the base of your neck.

It makes and stores thyroid hormones that affect nearly every cell in your body .

When the thyroid gland receives a signal called thyroid-stimulating hormone , it releases thyroid hormones into the bloodstream. This signal is sent from the pituitary gland, a small gland found at the base of your brain, when thyroid hormone levels are low .

Occasionally, the thyroid gland doesnt release thyroid hormones, even when there is plenty of TSH. This is called primary hypothyroidism and the most common type of hypothyroidism.

Approximately 90% of primary hypothyroidism is caused by Hashimotos thyroiditis, an autoimmune disease in which your immune system mistakenly attacks your thyroid gland .

You May Like: Is There Gluten In Ice Cream

Is There Anything Left To Eat On The Hashimotos Diet

If youre used to eating whatever you want, giving up gluten, dairy, and perhaps other foods to reduce your Hashimotos low thyroid symptoms may seem overwhelming and undoable.

However, many people are having success on this diet and find there is plenty to eat. Basically you will follow a paleo diet comprised mostly of vegetables

More importantly, symptoms and general health improves so dramatically that people come to love their new diet and despise the way they feel after they cheat.

Ask my office for more information about implementing a gluten- and dairy-free diet.

Do You Have To Stay Gluten Free Forever

I would say generally with Hashimotos, most people should remain gluten free for long-term. That said, I have seen some people who have been able to reintroduce foods and seemingly dont have any adverse reactions to gluten. In other cases, some people claim not to react to gluten, but have obvious gluten-related symptoms like joint pain, anxiety and Hashimotos flare-ups and are in denial that gluten could be a trigger for them.

If gluten sensitivity is indeed caused by an imbalance of butyrate-producing bacteria, in theory, replenishing the beneficial bacteria could deem gluten sensitivity reversible. Some individuals have reported no longer reacting to gluten after taking the Megaspore probiotic.

Im still studying the phenomenon of reducing gluten reactions and improving digestion, and Im hoping to get to the bottom of it.

But for now, I would say that long term avoidance of gluten is going to be best for most people. Be sure to subscribe to my newsletter to receive any future updates!

Myth: If You Eat Any Soy

Fact: Soy does have an affect on the thyroid, but hypothyroid tofu lovers dont need to totally abstain from soy-based foods to maintain healthy hormone levels.

Dr. Fink says soy, when eaten often, can decrease absorption of the prescribed thyroid hormones hypothyroid patients need. “In general, I tell patients with hypothyroidism they dont need to completely avoid these things, but overdosing on them could create an issue, she says.

So, what does the doc recommend for soy eaters? People can have their thyroid medicine in the morning and have tofu for dinner a few times a week and be totally fine, Dr. Fink says.

You May React To Foods Other Than Gluten Too

Hashimoto’s Thyroiditis and a Gluten-Free Diet

Most people do not realize they have a dairy intolerance until they stop eating it. This is because the immune system can mistake dairy for gluten, thus and causing an immune reaction that leads to thyroid tissue destruction.

If youre serious about managing your Hashimotos low thyroid condition, a gluten-free and dairy-free diet often results in significant relief of symptoms, if not total remission.

Its quite possible you will also need to eliminate other foods, such as particular grains, eggs, or soy. An elimination/provocation diet can help you learn what you react to, or a thorough food sensitivity test from Cyrex Labs.

The Connection Between Hypothyroidism And Gluten Consumption

Is there a connection between the low thyroid state of hypothyroidism and the consumption of gluten?

Well, yes and no.

There is almost certainly a route in which the consumption of gluten may lead to low thyroid function but it’s also not a guarantee.

The number 1 most common cause of hypothyroidism in the United States is the autoimmune disease known as Hashimoto’s thyroiditis.

While we don’t know exactly what triggers this autoimmune disease, we do have a lot of smoke that points to the gastrointestinal tract as a source.

One theory for the genesis of Hashimoto’s is through something called molecular mimicry .

This theory states that damage to the gut lining can allow things to enter into your body that shouldn’t normally be there.

If these things come into contact with your immune system then your body may create antibodies to remove them.

Because gluten has been shown to cause damage to the intestinal wall and result in the leaking of gut byproducts into the body, it’s plausible that gluten may be the cause of Hashimoto’s in some individuals.

But before you go running off proclaiming that gluten causes Hashimoto’s, there’s one more point of view to consider.

Myth: If You’re Tired And Gaining Weight There’s Definitely Something Wrong With Your Thyroid

Fact:The symptoms of an underactive thyroid are very non-specific, meaning they can present with many different conditions, says Dr. Fink. I always tell patients Im looking at them as a whole person, not as just their thyroid gland, even though they may come to me saying they have a thyroid problem.”

For female patients, Dr. Fink first looks at the menstrual cycle, which often causes symptoms similar to those found in thyroid disease patients. Symptoms like fatigue and weight gain can come up with a thyroid condition or with a menstrual cycle, says Dr. Fink. One good trick is to find a good app to track your period and that can help us sometimes understand their bodies better and the daily fluctuation of hormones. If your period isnt to blame for tiredness or a few extra pounds, Dr. Fink says a TSH test is the next step in diagnosing a true thyroid condition.

Introduction: Ongoing scientific research indicates that there is a dangerous link between eating foods that contain gluten and Hashimotos thyroiditis . Gluten can be an irritant to HT by creating inflammation in the thyroid gland. Selenium, an important oligoelement, is a component of the antioxidant system. Over the last decade, it has been ever more frequently discussed in the context of thyroid disorders. The purpose of this study was to highlight the positive response of Hashimotos patients with subclinical hypothyroidism treated with Se and gluten-free diet in restoring a normal thyroid function.

Results: At the end of the study, euthyroidism was restored in 37/50 of group A participants, and in 28/48 of group B participants. TSH, TPOAb and TgAb levels were significantly reduced in both group after six months of treatment. Serum TPOAb titer in group A had a more significant decrease than those in group B . 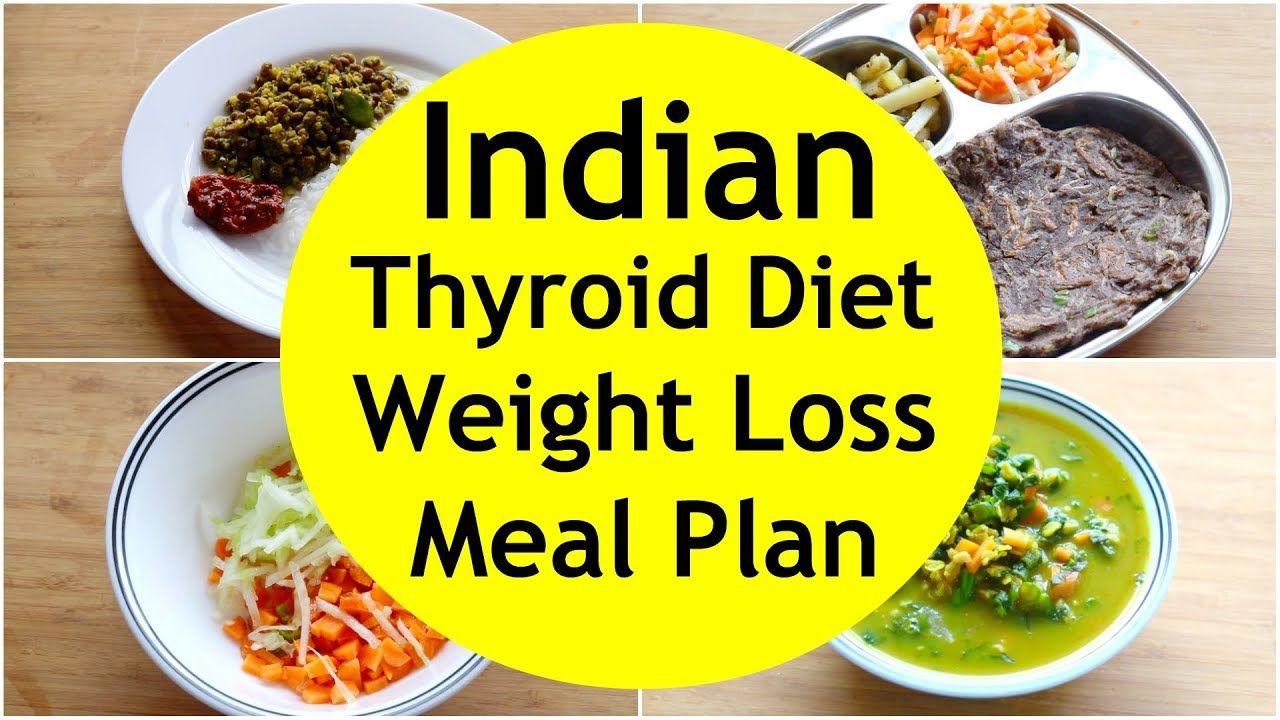 The risk for celiac disease increases if you have a family history of the disease, European ancestry, and/or a personal history of other autoimmune disorders.

Substitute Your Bread With A Gluten