Menus, ingredients, kitchen procedures, management, food sourcing, and restaurant protocols are subject to change at any time. Always read the menu and discuss your dietary needs with the staff before ordering. Make sure they can accommodate your situation. This post is for informational purposes only, and should not be construed as advice.

There is always a risk for potential cross-contamination of allergens in any commercial kitchen. If cross-contamination is an issue for you, always speak with the manager to ensure that your meal can be safely prepared. Listings here do not guarantee that a restaurant is safe enough for your individual needs. Only you can make that decision.

Each location of a chain restaurant has different management and staff, and some might have different owners. This means differences in processes, ingredients used, menu options, and food sourcing can occur. Always verify the safety of your order for your needs at your current location.

In addition to providing the nutrition info for its menu items, Taco Bells website also offers a tool to help people avoid allergens, including fish, dairy, nuts, soy, eggs, and gluten. However, if you have food allergies, its important to keep in mind that even if a dish doesnt contain the allergen, it may have been prepared near the allergen.

Many items on Taco Bells menu use meat and dairy. While you can order many meals without meat or milk-based ingredients such as sour cream or cheese, be aware that these items may have been stored or prepared alongside the ingredients youre trying to avoid.

For example, if you are vegan, you will need to ask if the Taco Bell location you are visiting uses the same fryer for meat and non-meat products.

While Taco Bells menu does not feature peanuts, tree nuts, fish, or shellfish, other ingredients used may have been produced in facilities that also produce those allergens.

Other options include the popular Mountain Dew Baja Blast and the Wild Strawberry Freeze.

Whether youre in the mood for a quick sip or want a delicious, ice-cold frozen beverage, Taco Bell has a variety of gluten-free options to quench your thirst.

Be sure to check with your Taco Bell location that the beverage you are purchasing is gluten-free, as menu items can change at any time.

Cinnamon Twists Go Back To The 1980s 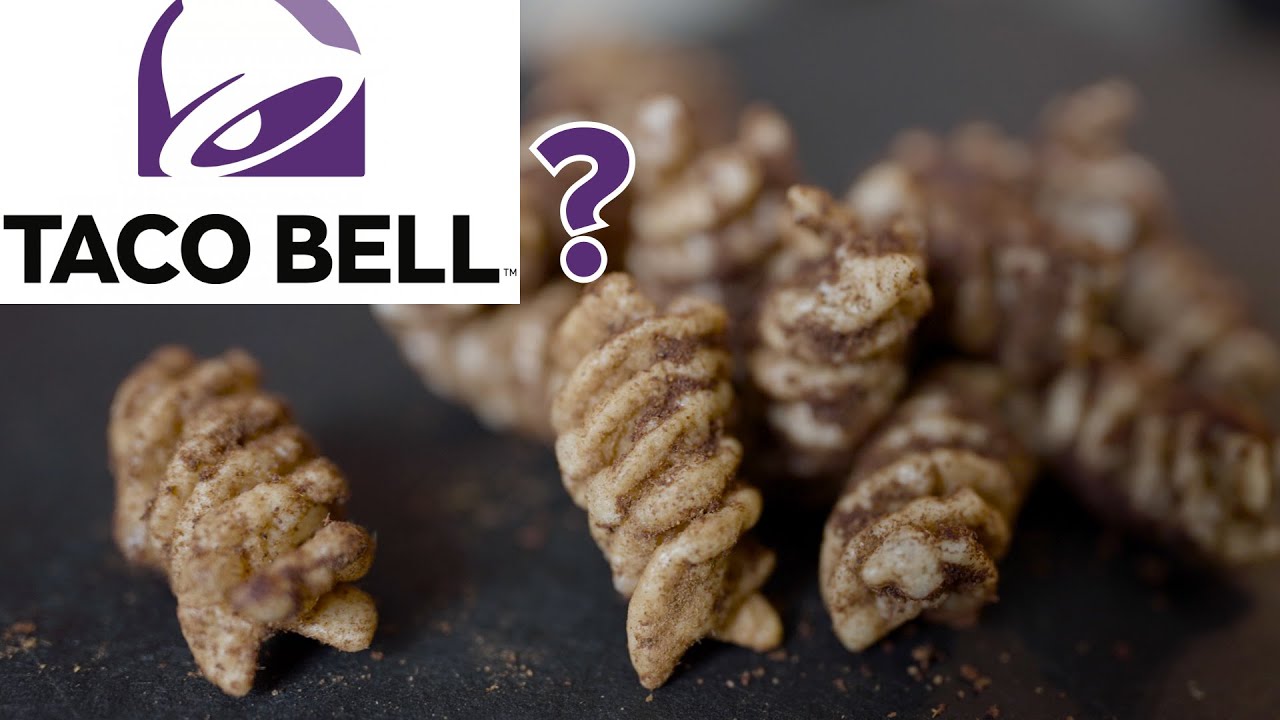 It seems as though, no matter how much the company changes up their menu, Cinnamon Twists never go away. But, this wasnt always the case. In the early 1980s they featured Cinnamon Crispas. These were sugar and cinnamon coated tortilla chips. Then in 1988 or 1989, they changed this to feature Cinnamon Twists.

If they still had the Cinnamon Crispas, people with celiac disease and gluten intolerances would be able to eat them. But, this isnt the case. However, its always possible Taco Bell might bring them back someday.

One question we see a lot is about Taco Bell. Is Taco Bell gluten-free? The short answer is no. Taco Bell does not specifically label any of its food gluten-free.

Celiac.com Sponsor :However, while Taco Bell does not specifically label any of its food gluten-free, and they don’t recommend it for people with celiac disease, they do have some dishes that contain no gluten ingredients, and they have a guide for how to eat Taco Bell while you are avoiding gluten. The guide is called How To Eat Taco Bell When Youre Avoiding Gluten.

The list includes the following Taco Bell options, which do not contain gluten ingredients:

Naturally these items, even if they happen to be gluten-free by themselves, could get cross-contaminated in a busy fast food environment, so beware!

Finally, the copycat recipe for Taco Bell’s amazing cinnamon twists is here!Taco Bell’s famous cinnamon twist snacks have always been one of the best parts about eating a meal at Taco Bell. They are light and simple, but still sweet enough to be a satisfying dessert. And who can resist that addictive crunch?!Luckily, this Taco Bell Style Cinnamon Twists recipe means that you don’t have to put on your shoes and leave the house if you get a craving. Now you can make your own delectable cinnamon treats at home.This copycat Taco Bell recipe only takes six ingredients, and it is so simple that anyone can make it with ease. You don’t have to go through the drive-thru for these cinnamon twists!Myth Busted! For years we heard a rumor that Taco Bell makes their Cinnamon Twists by deep frying rotini noodles. That turns out to not be true.It is true that the pre-cooked cinnamon twists resemble dried spiral pasta. However, the dough is different .One thing that’s not a myth is how good our copycat Taco bell recipe is. Give it a try this weekend!

This post may contain affiliate links. Please see my disclosure policy. As an Amazon Associate I earn from qualifying purchases.

Ever wonder how to make Taco Bell Cinnamon Twists? Its easy! All you need are some duros de harina, sugar, cinnamon, and oil. Now you can enjoy these delicious Taco Bell snack anytime in your own home!

RELATED: Get a to get access to 2-day grocery deliveries!

How Taco Bell Cinnamon Twists Are Made!

Looking for additional information about Taco Bell, their foods, and nutritional/ingredients facts? Here are some resources weve found:

These are all the gluten free options we could find at Taco Bell. Note all items listed below do not contain wheat or gluten, based on Taco Bells page on how to avoid gluten. These items still have the potential for cross contamination and other traces of gluten, so please keep that in mind.

Sweet, salty and crunchy collide to make a Taco Bell favorite. You can now enjoy them gluten free from the comfort of home! Ready in under thirty minutes and needing only four ingredients! We even include a healthier air fryer version and a way to enjoy them sugar free too!

Good news for all the vegans out there, Taco Bell has added a few modifications to some of their favorite menu items! Isnt it a huge bunmer when youre out with friends and wanna grab a bite but you cant be sure what is vegan or not? Now you can easily customize a full meal to be completely vegan in the restaurant or online. Additionally they have naturally animal free items listed on their menu. Check out these delicious 10 vegan items at Taco Bell including individual ingredients and condiments.

According to their website Taco Bell defines vegan as recipes that contain no animal product ingredients. However they acknowledge that sometimes they use the same frying oil to deep dry vegan and non vegan items. Meaning there is cross contamination for deep fried items. 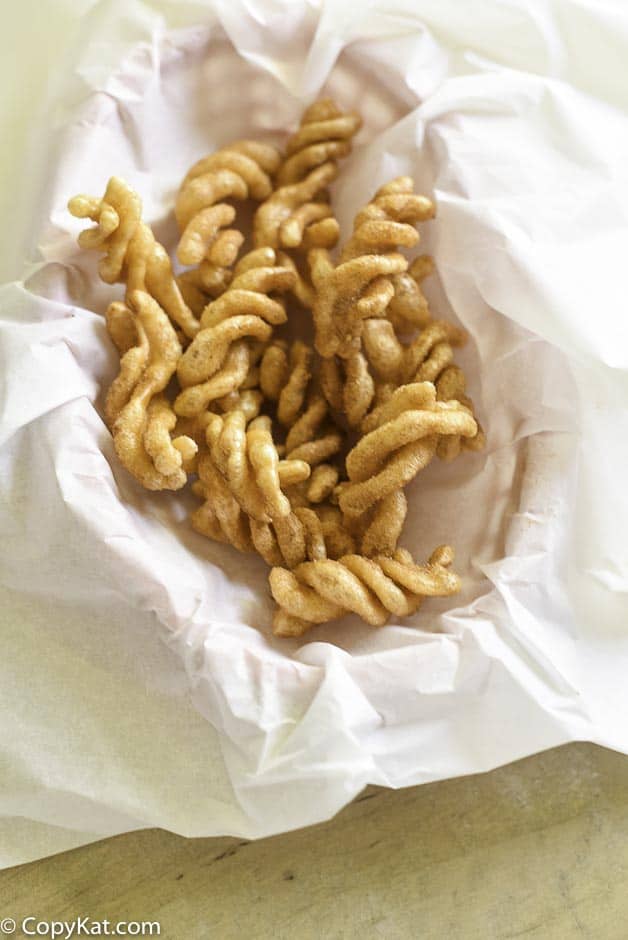 * Please keep in mind that most fast food restaurants cannot guarantee that any product is free of allergens as they use shared equipment for prepping foods.

What Is Gluten Free At Taco Bell

In this article and guide, well highlight all the gluten free menu items, sides, and other gf options available at Taco Bell. Want to learn more nutrition and allergen facts about Taco Bells foods? Check out their page on eating at Taco Bell when youre avoiding gluten.

Taco Bell states: Taco Bell® does not claim gluten-free for any of its food. Some Taco Bell® items are made without gluten-containing ingredients but are prepared in common kitchen areas, including common fryer oil, risking gluten exposure. Taco Bell® does not recommend products for customers with celiac disease. Customers with gluten sensitivities should exercise judgment when ordering.

On their website, Taco Bell states the restaurant “does not claim “gluten-free” for any of its food. Some Taco Bell® items are made without gluten containing ingredients but are prepared in common kitchen areas, including common fryer oil, risking gluten exposure. Taco Bell® does not recommend products for customers with celiac disease. Customers with gluten sensitivities should exercise judgment when ordering.”

With that statement, Taco Bell puts safety into the consumers’ hands. It is up to the consumers to make the choice to eat at Taco Bell or not when living with Celiac disease or gluten sensitivity.

The Cinnamon Twists at Taco Bell are not gluten free. They are definitely chock full of wheat and gluten, which will cause a reaction for even the lightest intolerance to it.

However, Taco Bell has several other items on their menu that are very much gluten free. You just wont be able to indulge in the cinnamon-sweet goodness that makes up the Cinnamon Twists.

But theyve been on the menu for the last 40 years. Ever since, people devour these little morsels. So much so that its become a generational tradition in some cases. If you remember Taco Bell from the 70s and 80s, youll recall its original menu only had six items, all of which were $0.19 each.

There were tacos, a couple burritos, some frijoles , tostadas and . . . a chili burger. Yes, at one time you could get a chili burger from Taco Bell. But, theyve expanded their menu over the years to what you see available today.

If you live in a neighborhood with a Latin American influence, youve probably seen bags of duros. They often come in shapes that look like tiny wagon wheels and they almost resemble little sliced tomatoes.

They also come in tiny worm shapes, twisty pellets, sheets, and small 1-inch squares. They are very hard, which is maybe why they are called duros .

A quick 20-30 second trip through the microwave will puff them up and youll have a crunchy snack ready to eat. One traditional way to eat them is to sprinkle them with chili powder and lime juice.

If you want to make a large batch for family or friends, you can fry them, and theyre just as tasty.

You can buy your spiral-shaped duros online, I bought mine from Amazon.

What Are Taco Bells Cinnamon Twists Made Out Of

While our Cinnamon Twists may have the shape of rotini, you wont get very far frying traditional pasta at home, Taco Bell tells Delish: The twists are a mixture of wheat flour, yellow corn meal, rice flour and salt. Anyone whos curious for more ingredient info can find it at tacobell.com/ingredients. 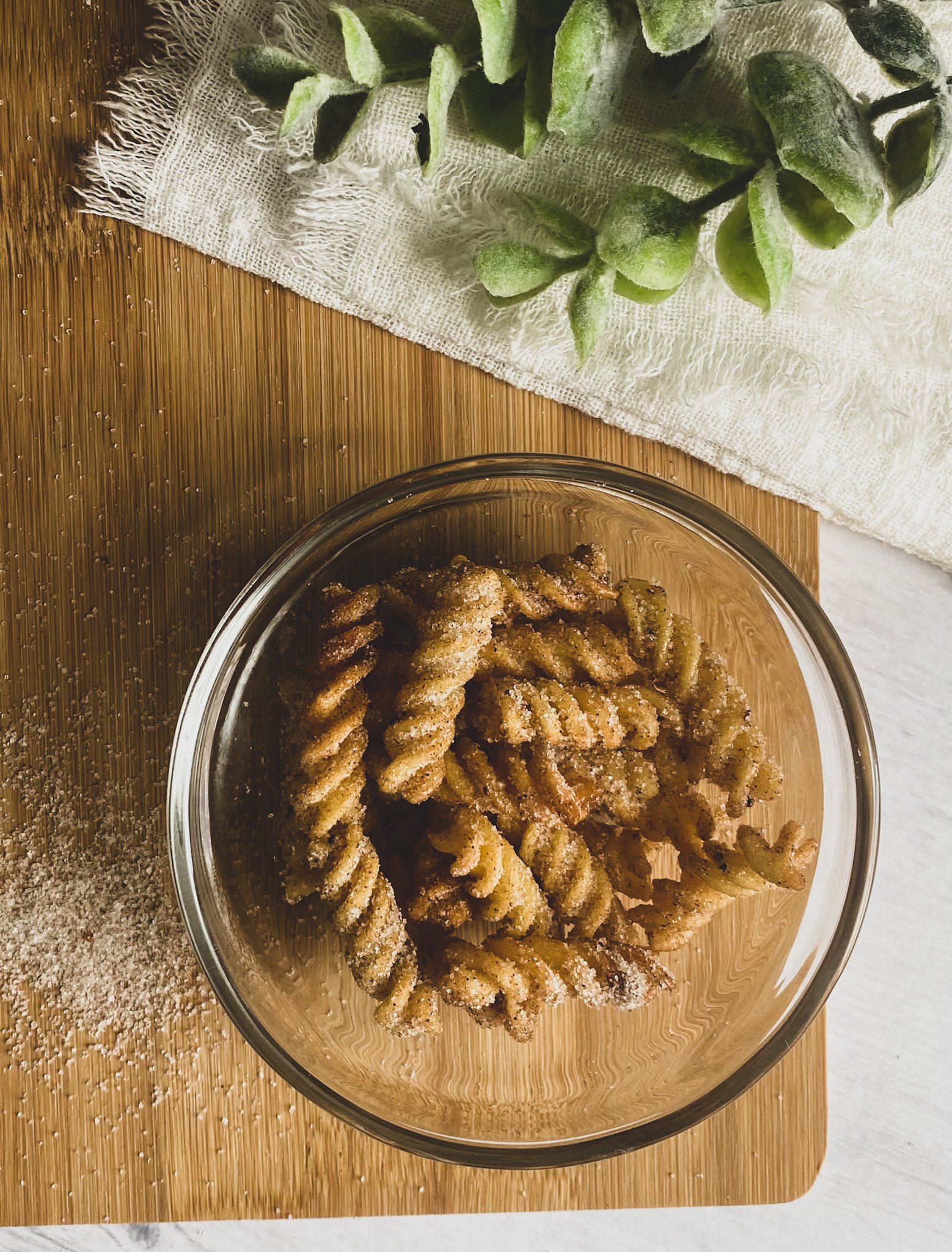 Read Also: Is There Gluten In Italian Dressing

Can You Make Taco Bell Cinnamon Twists In The Air Fryer

You can, but I dont love the results. I cooked these in my air fryer at 490 degrees for about 6 to 7 minutes. They do puff up, they are crunchy, but for me, the problem was I couldnt get the cinnamon and sugar to stick.

I personally found the results of spraying the duros with some non-stick spray to be not as good. I prefer mine when I used the deep frying method.

How To Treat Gluten Intolerance

What Soy Sauce Is Gluten Free