Symptoms Of Being Allergic To Gluten

What To Do If You Are Sensitive To Gluten

Depending on the level of sensitivity, eating out can be challenging, as many gluten-free foods can be contaminated if prepared in the same kitchen or fried in the same oil as gluten foods.

To remedy this you can preemptively take gluten digesting enzymes to block some of the inflammatory effects of ingesting trace amounts of gluten.

If you dont eat out, gluten exposure may still be an issue for you. Spices are notorious for being gluten contaminated. Nuts can be also.

You can test the foods at home with a Nima. This gluten-testing device uses small capsule to test samples of food for gluten. Put a mix of kitchen spices into the Nima and if it comes back positive, you need to test each spice. You use the Nima at restaurants to test your food before you eat it.

Its a good idea to double check that your supplements dont have hidden traces of gluten. Many supplements are certified gluten free.

In some cases, if gluten sensitivity is mild and caused by lack of enzymes, biome imbalances, leaky gut or inflammation, fixing these issue could reverse the sensitivity. If so, gluten will no longer trigger inflammation for you.

Whats The Difference Between Celiac Disease And A Gluten Sensitivity

Though the symptoms and the existence of Celiac disease may be rather obvious, that may not always be the case. There are times when you really need to evaluate and understand the main differences. It is important to note that the terms gluten insensitivity and gluten intolerance are thrown around and used interchangeably. There are slight differences and instances where intolerance may be worse. The issue here though is that most people with either an intolerance or insensitivity never actually get evaluated, and therefore no true conclusion may be found.

With Celiac disease gluten actually triggers the immune system activity that causes the damage and resulting symptoms. Thats because true Celiac disease is an autoimmune disorder. This means that it is not gluten doesnt really cause the actual damage, but rather it is the way in which your immune system reacts to it in your system.

It may be associated with thyroid problems or other autoimmune conditions as well. It is a true condition and avoiding gluten altogether may offer significant relief. By avoiding gluten you may not only relieve your symptoms, but you may also help your body to get back to absorbing nutrients the way it is supposed to. 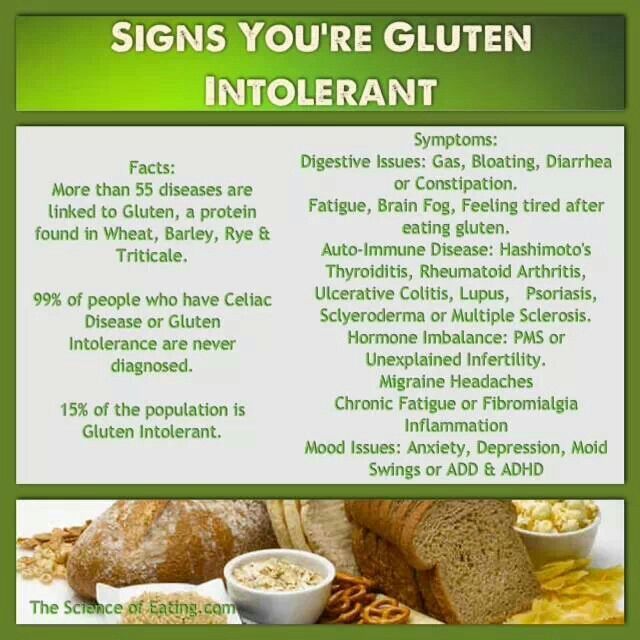 Whats the difference between someone who has a wheat allergy and someone with celiac disease and non celiac gluten sensitivity?

An allergy is the most serious immune system response and is also more rare. The allergy is to wheat, not gluten, and can be life threatening, leading to anaphylaxis or constricted breathing. An epipen is needed to remedy exposure. This is an IGE immune response and, unlike a sensitivity, it happens immediately after exposure.

For celiac and non celiac sensitivity, the immune system responds with an IGA and IGG antibody response.

Celiac disease is a sensitivity that involves an intense immune response to gluten. Most people with celiac will experience IBS-like digestive systems and/or additionally, joint pain, head aches, fatigue or brain fog if they consume gluten.

Symptoms can vary greatly and about 5 percent of people with celiac disease will have no symptoms all. Despite not feeling anything they will still suffer the same internal damage as those with symptoms.

If not controlled, immune attacks can cripples the small intestine, leading to leaky gut or SIBO. Leaky gut can in turn cause other food reactions. This is how celiac disease can lead to IBS or the development other food sensitivities.

What Is A Wheat Intolerance

A wheat intolerance is a condition in which a person has adverse reactions to eating wheat or wheat components. Wheat allergies may sound relatively straightforward and it generally is. However, there tends to be a bit of confusion that can blur the definition.

First, a wheat allergy is not the same as gluten intolerance. Many people use the terms interchangeably, but this is incorrect. Its possible to be able to tolerate gluten in other foods such as rye or barley. However, if you cant tolerate gluten, then you probably cant tolerate wheat.

Wheat allergy is a condition that is still under medical and scientific investigation. There are quite a few different speculations as to why people have wheat allergies or what causes it. Even the way foods are processed is a theory behind wheat allergies.

One thing is for sure about wheat allergies when a person has this condition, its obvious. There are quite a few signs that cant be ignored. In the next section are eight signs of a wheat allergy.

S To Take If Your Suspect Your Child Has An Allergy

Have Some Signs Heres How To Test

If the list of symptoms has you scratching your head and wondering if gluten could be to blame for your physical symptoms, it might be time to dig further and find out if ditching gluten could help you feel better.

If you suspect you are gluten intolerant, Salas-Whalen says its important to rule out more serious conditions such as Celiac disease or a wheat allergy. Celiac can be diagnosed with a blood test, but the gold standard for testing involves taking a biopsy of the villi from the small bowel, she says. The only caveat is that you have to eat a whole lot of gluten prior to the biopsy to get accurate test results, otherwise you run the risk of getting a false negative.

If the case results for Celiac come back negative, she recommends consulting with your doctor about temporarily removing gluten from your diet to see if it relieves symptoms .

Since it can be difficult to confirm whether gluten intolerance is the underlying issue , focusing on an elimination diet that relies on trial and error to identify specific allergies and intolerances is your best bet, adds Salas-Whalen.

Food sensitivity testing is another option to explore, says Vichill. While this type of testing should not be used exclusively without clinical symptoms, she does say that it might shed light on potential antigenic or “intolerant” foods that a person may be reacting to.

Send This Article By Email

What is your name?

Please indicate below the emails to which you want to send this article: Everything you need to know about gluten and IBS

Enter one email per line. No more than 100 emails.

Angela Privin is proof that IBS is NOT an incurable disease or a disease at all. IBS is a body out of balance. Its an invitation for change. After solving her own IBS mystery more than a decade ago Angela trained as a health coach to help others.

Angela uses both science and intuition to help people figure out whats out of balance in their body. She works with lab tests, dietary changes, supplementation and nervous system rebalancing. Get help rebalancing your digestive system and solving your IBS mystery here.

How To Make: Gluten

When a baby is born, their gut is naturally leaky. This is actually a good thing. It allows for all of the beneficial components of breast milk like lactoferrin, immunoglubulins, sugars, and antibodies, to be easily absorbed into the bloodstream to support optimal growth and development. As the infant gets older, their gut becomes less leaky, and eventually develops into a mature semi-permeable intestine. This process is called closure.

Before closure occurs, the infant is in a vulnerable state. If the infant is fed anything other than breast milk, those items have a greater ability to pass through their permeable intestines and into the blood stream, triggering the immune system.

How To Reduce Gluten Intake 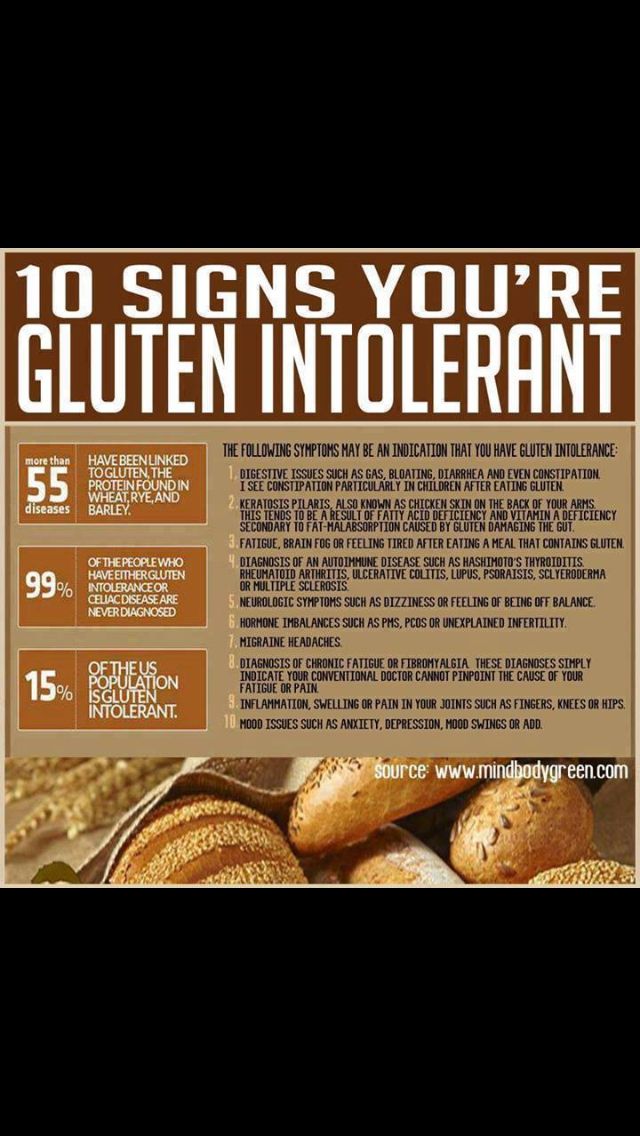 While people with celiac disease must exclude gluten from their diet as soon as a doctor has diagnosed the condition, many people with gluten intolerance slowly reduce the consumption of gluten, rather than cutting it out straightaway.

It can help if a person starts by including one gluten-free meal per day before slowly adding more.

It may not be beneficial for everyone with gluten intolerance to cut gluten out of their diet entirely, as peoples symptoms will vary in their severity.

Some people may be able to consume small amounts of gluten without experiencing any symptoms.

The majority of people with gluten intolerance, however, may want to eliminate gluten from their diet gradually.

Here Are A Few More Common Foods That Might Contain Wheat:

As you can see, many of the foods/ingredients arent even grains. Living with a wheat allergy requires a good bit of research and dedication. You should also keep an Epinephrine pen in case of an anaphylactic emergency. Of course, you should consult your doctor before getting an EpiPen.

If you regularly have diarrhoea, bloating, tummy pain or skin rashes but you’re not certain of the cause, see a GP.

A GP may be able to diagnose the cause from your symptoms and medical history. If necessary, they’ll order tests, such as blood tests.

The bowel is a sensitive organ and it’s common to have bowel symptoms when you have been ill or feel run down or stressed.

Causes Of Gluten Allergies In Dogs

Gluten Intolerance Symptoms | 16 Signs You Might Have Gluten Sensitivity

If your dog is allergic to gluten, it is possible he may suffer a delayed allergic reaction instead of an immediate reaction. If your dog cannot tolerate gluten but eats a diet or treat containing it, your dogs immune system attacks his gastrointestinal tract and can damage it. If damage to the gastrointestinal tract occurs, your dog will not be able to absorb nutrients like he needs to. This can lead to malnourishment in a dog even though he is eating plenty of a good quality food.

Is Gluten Bad For Diabetics