What Foods Cause Joint Pain

Can Gluten Cause Arthritis

For people who suffer from arthritis, the constant pain and stiffness often lead the body to be in a state of stress or inflammation. In these cases, some food may aggravate the inflammation or relieve it. Hence, along with taking medications, people must restrict some types of food.

The most common causes of joint pain are

Other causes of joint pain are quite rare and may include

Joint pain has also been associated with gluten sensitivity, and its believed to be because gluten can cause an inflammatory response in the body. Inflammation that makes its way to the joints can cause arthritis-like pain. This joint pain caused by gluten is sometimes misdiagnosed as rheumatoid arthritis.

Systemic lupus erythematosus is an autoimmune disease that causes the immune system to attack connective tissue, including cartilage and the lining of blood vessels. Since it can affect multiple organs and systems in the body, symptoms are widespread and may be unique to each individual. However, fatigue, muscle weakness, and muscle and joint pain are common manifestations.

Similar to rheumatoid arthritis, SLE is associated with celiac disease. Likely caused by inflammation and an overactive immune system.

The definition of gluten from the dictionary is:

glu·ten nounnoun: gluten1. a substance present in cereal grains, especially wheat, that is responsible for the elastic texture of dough. A mixture of two proteins, it causes illness in people with celiac disease.

You can also read about the harm of gluten here..

A person can look healthy on the outside. But there may be a war going on inside you. Inflammation from foods that you have an intolerance of is a real thing. Subsequently, we forget that our food is our fuel.

You wouldnt put regular gasoline into a diesel engine, would you? You can put a drop of fuel in your engine, and it will continue to run fine. But, if you continue to put the wrong fuel in, your engine will start to sputter and stall. The same goes for the food you put into your body. You cannot continue to fuel your body with foods that your body has intense reactions to. Eventually, it will stop running at its optimal level.

Is there a connection between joint pain and gluten intolerance? Arthritis is inflammation. Where does this inflammation come from? If you have joint pain or arthritis, you may consider eating gluten-free for a 30 day period. During this trial, you can see if your pain is alleviated. Make sure you consult your doctor before doing so.

You can read more about the benefits of walking here..

Early Signs Of Gluten Intolerance: The Symptoms In Adults 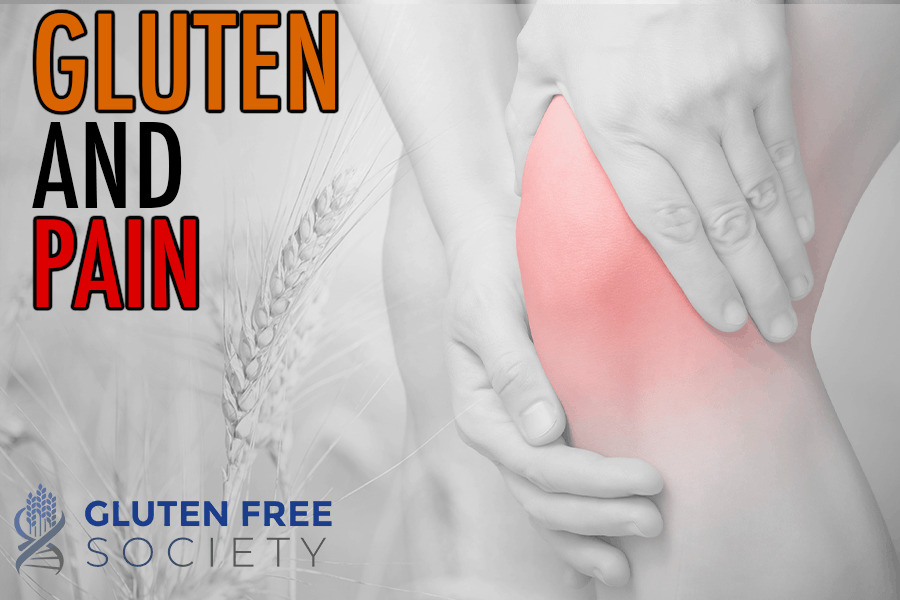 Updated on / by Addison

Gluten intolerance is a complicated issue. Research continues to unveil new discoveries about reactions to gluten and how they affect peoples´ lives.

Using buzz words to sell food items is a popular tactic for gaining sales for companies. Phrases such as low fat, gluten-free, superfood, and all natural line the shelves of food stores.

Do these words apply to everyone in terms of benefiting health? Do people talk themselves into being gluten-intolerant because marketers make it sound like a healthy option, for example, or is eliminating gluten not necessary for everyone? Gluten intolerance is a serious and real issue, affecting many people.

Gluten is a protein that is commonly found in grains and wheat, among other foods.

Gluten gives bread dough its rubbery and sticky texture, and is also used as an ingredient in foods such as soy sauce, beer, and even pickles.

Gluten has always been a large factor in our diets, but it can cause severe health issues to some people.

Gluten And Ra: Any Connection

Like rheumatoid arthritis, sensitivity to gluten a protein found in certain grains is common in people of northern European descent, Dr. Goodman says.

Celiac disease is an extreme form of gluten sensitivity, or intolerance, in which the immune system reacts negatively to gluten and causes inflammation in the lining of the small intestine.

People with celiac disease are more likely to have autoimmune disorders like rheumatoid arthritis or lupus, but the exact link is still under investigation.

By eating foods containing gluten, people with gluten sensitivity or celiac disease can bring on gastrointestinal symptoms and joint inflammation that may resemble rheumatoid arthritis. But they are two separate conditions caused by separate immune reactions. The antibody profiles are different for rheumatoid arthritis, Goodman says.

Can Too Much Gluten Cause Joint Pain

Joint pain has also been associated with gluten sensitivity, and its believed to be because gluten can cause an inflammatory response in the body. Inflammation that makes its way to the joints can cause arthritis-like pain. This joint pain caused by gluten is sometimes misdiagnosed as rheumatoid arthritis.

Celiac disease is another type of autoimmune disorder. When youre living with celiac disease and you eat foods that contain gluten , the proteins trigger an immune response.

This causes inflammation in the small intestine, affecting its ability to absorb nutrients. This inflammation typically manifests into symptoms like diarrhea, abdominal pain, and bloating.

Since gluten can leak into your bloodstream, individuals living with celiac disease may have pain and inflammation in other areas of their bodies, like their joints. Severe, untreated cases of celiac can also cause:

In the same way that inflammatory arthritis can lead to the development of other inflammatory disorders, if you have celiac disease, youre at risk for developing another autoimmune disorder. In fact, the older you are when youre diagnosed, the more likely you are to develop another disorder.

According to the Celiac Disease Foundation, if a child is living with celiac, theres a 1.5 to 6.6 percent chance of them also developing juvenile arthritis. RA and thyroid disease, two other autoimmune disorders, are also linked to celiac.

Additionally, celiac disease can sometimes be misdiagnosed as arthritis, especially if the only symptom is joint pain.

At the moment, researchers arent entirely sure. While

How Do I Know If Gluten Is Bad For Me

Can Gluten Cause Arthritis

For many people, undiagnosed celiac disease presents problems for their bones. Researchers at Sapienza University in Rome made the above finding that up to 75% of patients with untreated celiac disease have osteopenia or osteoporosis, and published this finding in the August 2018 issue of the United European Gastroenterology Journal.

If you think that osteoporosis means just women, read what the researchers found:

Eating a balanced diet and having a healthy lifestyle that includes regular physical activity and abstaining from smoking and alcohol can have a huge impact on arthritis and overall health. 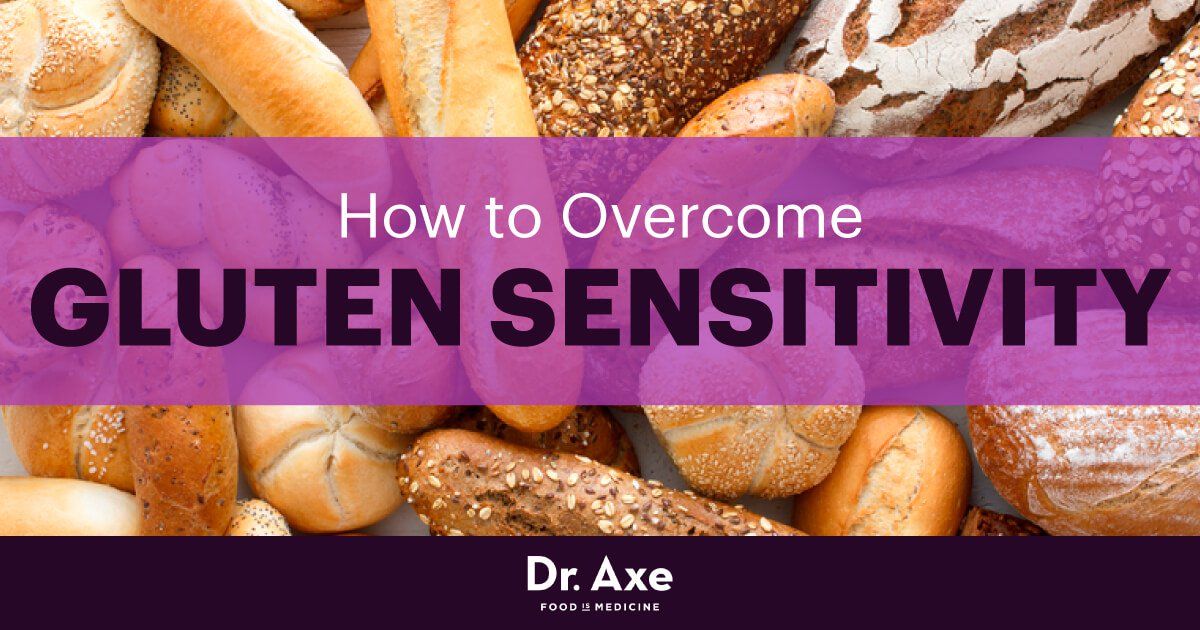 Several studies have linked RA with celiac disease. And researchers have even suggested that it may start in the gut and be triggered by food antigens, such as gluten.

In this case report, a 50-year old man presented with chronic diarrhea for two months. He also lost weight and his feet and legs were swollen. Antibodies for gluten proteins were found in his blood and damage to the lining of his small intestine was confirmed.

The patient was diagnosed with celiac disease and treated with a gluten-free diet. After three months, his initial symptoms improved significantly. However, he soon started to experience pain in his joints and laboratory tests confirmed he had RA.

In this study, 42 children with juvenile RA were tested for celiac disease even though they didnt have the usual symptoms. And it turned out that almost 43% of the group had antibodies for gluten proteins in their blood, which means their immune systems were reacting to gluten.

Sixteen of the children with gluten protein antibodies had intestinal biopsies performed and celiac disease was confirmed in all cases. So the children were treated with a gluten-free diet, which reduced their joint-related symptoms as well as improved their growth.

None of these symptoms are easy to deal with in everyday life. They may also become serious if constipation goes on for too long.

Celiac disease causes these digestive and gastrointestinal problems. One way to test for gluten intolerance is to cut out gluten completely and see if there is rapid and substantial improvement in bloating, constipation, and gas.

If these symptoms are lost with the elimination of gluten in the diet, it is a tell tale sign that the gluten is causing the issues.

How Can I Prevent Celiac Disease

Celiac disease cannot be prevented. However, early detection and management of celiac disease may prevent severe complications. Therefore, it is very important to check for celiac disease in persons at higher risk for having the condition, such as first-degree family members of patients with celiac disease.

Are Nightshades Bad For Arthritis

Nightshade foods contain solanine, a chemical which some people believe may aggravate arthritis pain or inflammation. The Arthritis Foundation say that this is not true. However, if a person feels that certain foods trigger their arthritis symptoms, including nightshades, they should avoid these foods.

What Does Too Much Gluten Do To Your Body

Can Gluten cause Muscle Pain?

Its common in foods such as bread, pasta, pizza and cereal. Gluten provides no essential nutrients. People with celiac disease have an immune reaction that is triggered by eating gluten. They develop inflammation and damage in their intestinal tracts and other parts of the body when they eat foods containing gluten.

The most exact advice I can give for this question: YOU might benefit a gluten free diet to help control your inflammationbut going gluten free isnt anti-inflammatory for all. Does gluten cause inflammation for everyone? Nope.

If these statements seem contradictory, let me clarify:

So what to do? First things first: if you are trying to lower chronic inflammation, first work on a general healthy eating pattern associated with an anti-inflammatory diet. This will help you increase fibre and intake of phytochemical-rich plant foods that support overall health and a healthy microbiome. If that isnt giving you enough relief, get one-on-one advice from a registered dietitian to help you sort out which foods are best to help YOU thrive given your unique needs.

Rheumatoid arthritis is usually characterized by flare-ups of joint pain and other symptoms alternating with periods of remission. Many people feel certain foods may trigger these flares, but the effect of dietary restrictions on RA is still uncertain, and the studies on it are too small to draw firm conclusions.

Goodman says theres nothing wrong with seeing what happens when you eliminate a food from your diet, as long as your daily energy and nutrition needs are still being met.

Patients with chronic disease like to control some aspect of own lives, and it can be useful to try eliminating foods, she says. But other than adding fatty fish or fish oils, its really unclear that diet changes are beneficial.

Goodman does recommend a heart-healthy Mediterranean diet, which is traditionally rich in fruits, vegetables, and fatty fish like salmon and tuna.

People with RA have accelerated cardiovascular disease, so even if their arthritis symptoms arent improved, there are clearly many other reasons to adhere to that sort of diet, she says.